St George Mining has lit up a strong new conductor amongst a conga line of conductors identified at its flagship Mt Alexander project in Western Australia. The stand-out conductor is located the company’s West End prospect within the Mt Alexander project along the Cathedrals mineral belt The company is confident that drilling of the target will likely deliver another high-grade discovery. 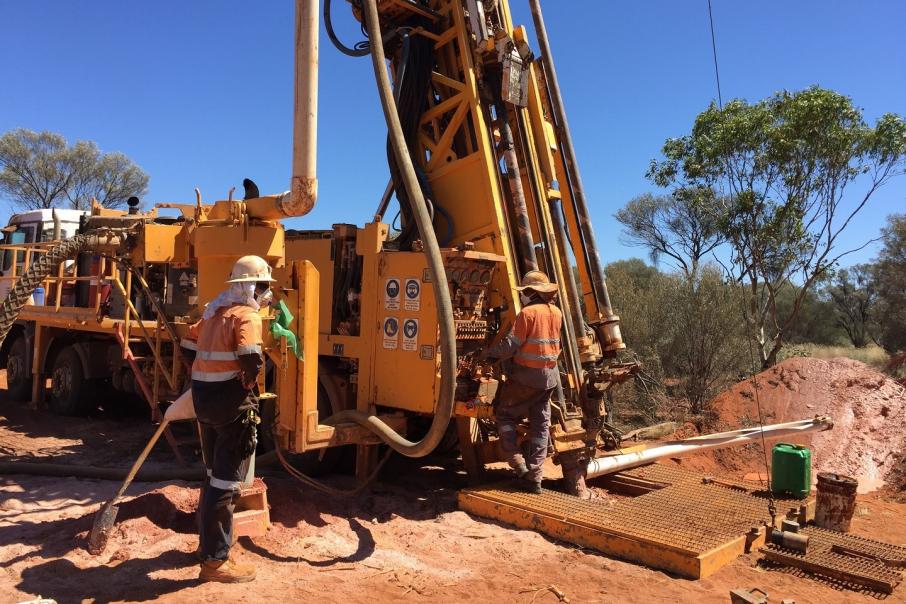 St George Mining has lit up a strong new conductor amongst a conga line of conductors identified at its flagship Mt Alexander project in Western Australia. The stand-out conductor is located the company’s West End prospect within the Mt Alexander project along the Cathedrals mineral belt The company is confident that drilling of the target will likely deliver another high-grade discovery.

Multiple conductors were identified from four drill holes in the company’s hunt for more nickel-copper sulphides along the Cathedrals Belt. The stand-out conductor has been modelled with conductivity of 81,000 Siemens from a downhole electromagnetic survey at the western end of the West End prospect.

St George says the new conductor is amongst the strongest every modelled at the project and exhibits all the hallmarks that are typically associated with lucrative massive sulphides.

The new conductor is coincident with a large gravity high and strong magnetic trend, which were the target of the original drill hole as they are potentially indicative of intrusive rocks. The company believes the intrusive rocks that host the nickel mineralisation cover more than 5.5km of strike length and remain open at depth and laterally. The intrusive host is not typically seen in the Yilgarn and makes Mt Alexander’s mineralisation story somewhat unique.

Back in April, St George targeted a deep, 19,320 Siemen electromagnetic conductor and subsequently came up trumps with the drill rig delivering 10.96 metres of continuous nickel-copper sulphides. No doubt drill test results for the latest conductor will be eagerly anticipated.

St George Mining Executive Chairman, John Prineas said: “We have a 100% success rate in confirming conductors of this kind as nickel-copper sulphides, so we are confident that drilling this target will deliver another discovery of high-grade mineralisation.”

The Cathedrals belt lies on a tenement that is held in joint venture between St George at 75 per cent and Western Areas Limited at 25 per cent. The belt is currently subject to an infill drilling blitz with 20 high priority holes to test continuity between zones of high-grade nickel-copper sulphides. St George is continuing to extend the strike extent of known mineralisation with deep exploration drilling combined with downhole electromagnetic surveys.

The company believes they support the potential for significant sulphide potential in the underexplored area of the Cathedrals belt.

Mr Prineas said: “Our systematic and concurrent use of drilling and downhole EM surveys has delivered another stand-out result with the identification of one of the most exciting EM conductors at Mt Alexander to date.”

The company is looking to further accelerate the discovery with additional geophysical techniques being applied. A seismic survey is planned across an under-explored western portion of the Cathedrals Belt; the timing of this has been delayed due to COVID travel restrictions on the field crew however it should get underway within the next few weeks.

With EM surveying lighting up a swag of targets along strike, drill rigs spinning across numerous prospects and a seismic survey about to start, St George is likely to have its hands full in the months ahead and at the very least will have the market meerkats sitting upright in anticipation of the drill results from the latest very strong conductor.