WA-focused explorer St George Mining has launched into a 10,000m drilling blitz targeting new copper and gold discoveries along 35km of prospective stratigraphy at the Paterson project in the state’s north. The maiden reverse circulation program is aimed at emulating recent discoveries in the region that include Rio Tinto’s Winu project hosting some 503Mt in resources going 0.45 per cent copper-equivalent. 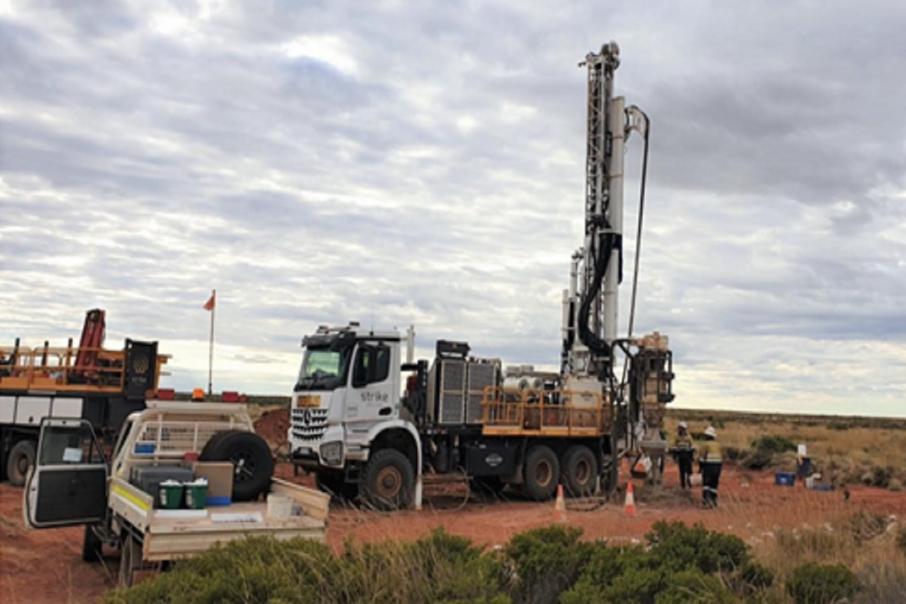 WA-focused explorer St George Mining has launched into a 10,000m drilling blitz targeting new copper and gold discoveries along 35km of prospective stratigraphy at the Paterson project in the state’s north. The company’s maiden reverse circulation program is aimed at emulating recent discoveries in the region that include Rio Tinto’s significant Winu find.

The Paterson region has become one of the most watched mineral exploration districts in Australia with the Winu and Havieron copper-gold discoveries.

Havieron is a joint venture between ASX-listed gold major Newcrest Mining and London-based Greatland Gold. So far 52Mt in resources going at 2 grams per tonne gold and 0.31 per cent copper have been defined at Havieron – about 3.4 million ounces of contained gold alone.

Fortescue Metals Group, OZ Minerals and IGO are among other key players active in the district.

Significantly, St George’s initial 50 or so holes to be drilled over the next eight weeks will be aimed at relatively shallow copper and gold targets identified via geophysics and geological interpretation. The prospective target zones are beneath only 100m-200m of cover which will allow St George to smash out the metres at lower costs than other companies working in the region.

The company conducted a high-resolution gravity and airborne magnetic survey at the project last year, with results interpreted to show similarities with major Paterson precious and base metal discoveries.

St George Mining Executive Chairman, John Prineas, said: “The Paterson is regarded as elephant country and continues to attract significant investment from the major mining companies. Our technical team has worked methodically to establish a number of high-priority exploration targets. These have never been drilled and offer St George an excellent opportunity to deliver a new discovery.”

St George has been demonstrating its exploration credentials at Mt Alexander where it has made four shallow, high-grade discoveries over a 5.5km line of strike on the Cathedrals Belt.

The company plans to gauge the potential for a low-cost and high-margin operation at Mt Alexander that would initially target the Stricklands deposit.

A recently completed $7 million placement has left St George with plenty of cash on hand to advance exploration at Mt Alexander and now also in Paterson range elephant country to the north.