St George Mining has revealed that further massive sulphide mineralisation has been observed during diamond drilling at its Investigators East prospect, located within the company’s Mt Alexander project, near Leonora in WA. The company intersected an 18m-wide ultramafic unit that contained 7m of visible nickel-copper sulphides from 91.9m down-hole with XRF readings of 6.5% nickel and 2.3% copper over a 0.91m section. 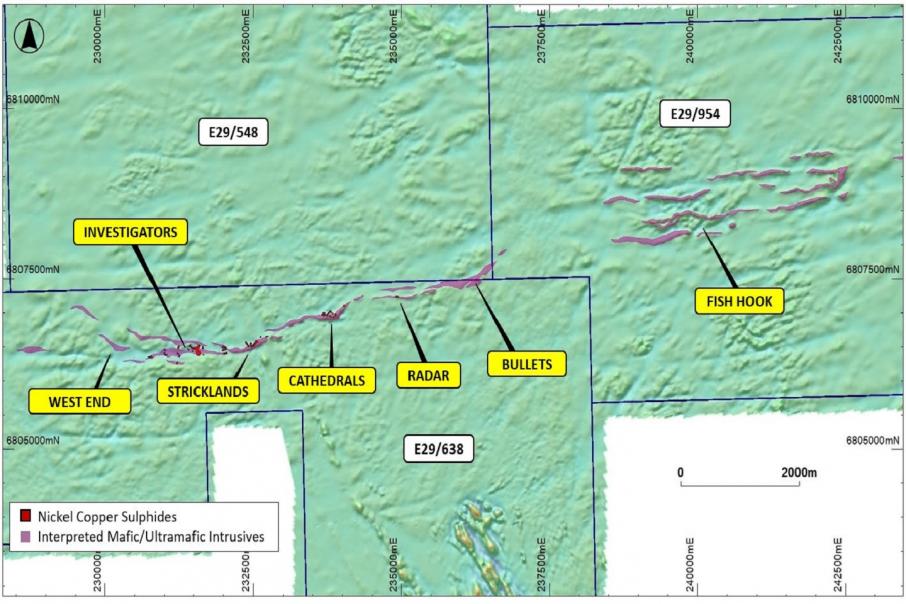 The company said the core was taken from a hole that was designed to intersect a prospective geological sequence about 100m along strike from previously identified mineralisation at Investigators East.

The company said it had punched through an 18m-wide ultramafic unit that contained 7m of visible nickel-copper sulphides from 91.9m down-hole.

Whilst these numbers are still subject to verification from laboratory assays, they are still cause for quiet excitement.

Mineralisation at Stricklands remains open to the north-west and at depth.

St George has also completed two down-hole electromagnetic surveys at its newly discovered Radar prospect. Data analysis points to a strong off-hole conductor to the west of the discovery hole, which returned shallow assays of 6m @ 2.14% nickel, 0.74% copper and 1.62g/t PGMs from only 46m down-hole.

Follow-up drilling at Radar will be finalised once the 3D data modelling of the electromagnetic anomalies is completed.