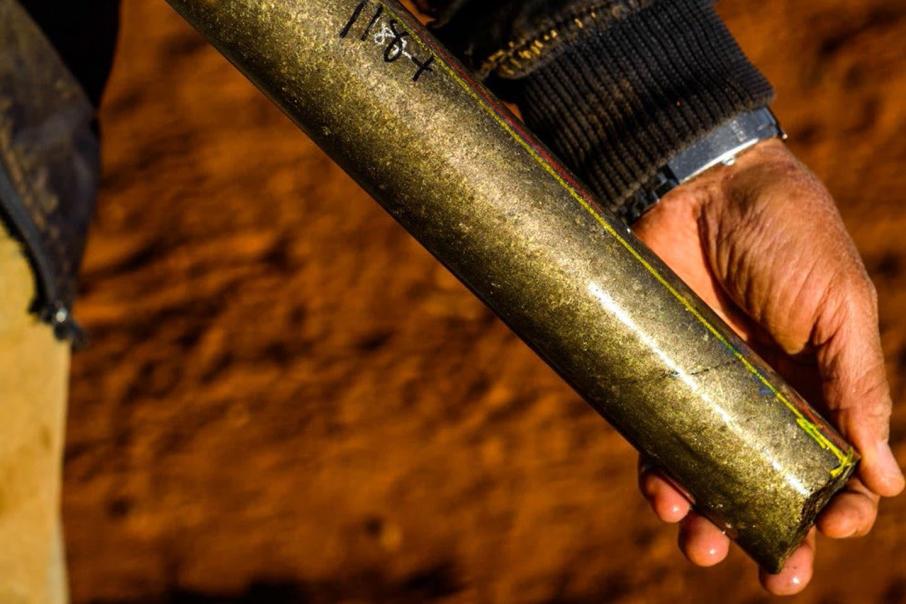 St George Mining’s ongoing drilling campaign has intersected nickel-copper sulphide mineralisation that extends known zones of high-grade mineralisation at the Investigators prospect within its Mt Alexander base metals play near Leonora in WA.

Three of the four diamond drill holes completed to date have intersected nickel-copper sulphides with one hole intersecting 15.1 metres of sulphide mineralisation from 172.2m down-hole in an area where there has been very limited drilling to date.

The sulphide mineralisation in this hole, which targeted a strong electromagnetic conductor, comprises of 14.8m of disseminated and blebby sulphides and 0.3m of massive sulphides.

Preliminary portable XRF readings of the massive sulphide section returned average results of 8.1% nickel and 3.9% copper although this is subject to verification by laboratory assays.

Additionally, an electromagnetic survey has identified two strong bedrock conductors interpreted as likely to be associated with nickel-copper sulphides in the underexplored area east of the Cathedrals Belt structural corridor within the Mt Alexander project.

Drill testing of these two conductors will be carried out next week.

The company also plans to carry out an electromagnetic survey over the intriguing Fish Hook prospect where initial soil sampling returned highly anomalous values for nickel, copper and platinum group elements that exceeded assays at the Investigators prospect.

St George Executive Chairman John Prineas said: “Initial drill results in the current programme have confirmed further continuity to the mineralisation at Investigators and support the potential to significantly bulk up the scale of the mineralised envelope in this area, which covers a 1.5km east-west strike.”

“The new EM conductors identified in the Cathedrals Belt are a great reward for our ongoing methodical exploration of the Belt.”

“Any drill intersection of high-grade nickel-copper sulphides in this underexplored area of the Cathedrals Belt would represent a new discovery with the potential to significantly increase the endowment of high-grade mineralisation in the Belt.”