St George Mining has successfully drill targeted high grade nickel-copper sulphide ores at the Investigators prospect, 100km west of Leonora in the northern Goldfields region of Western Australia. A 7.55m intersection of disseminated and massive sulphide mineralisation was intersected after a strong off-hole EM conductor suggested it was there. Preliminary XRF assays average an exceptional 8% nickel and 7% copper in the massive sulphides. 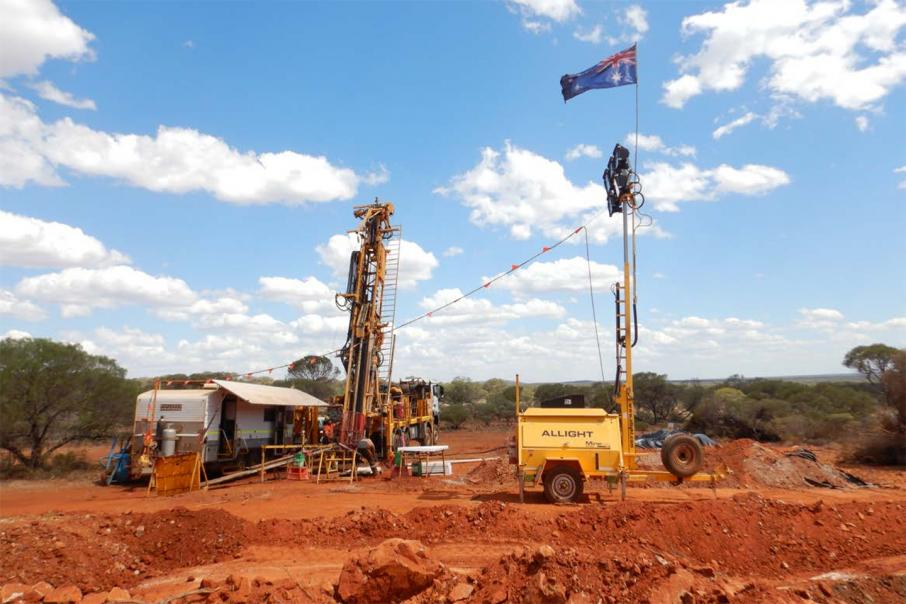 St George Mining has reaped immediate success with the drill bit at its Investigators prospect near Leonora after following a hunch that was borne out of a down-hole EM survey that suggested a mineralised lode was not far away from an existing drill hole.

The company reported a new diamond drill hole at Investigators produced a 7.55 metre intercept of base metal mineralisation from 199.75m down-hole, including a 1.27m section of massive nickel-copper sulphides from 206.03m, that returned exceptional XRF assay readings of 8% nickel and 7% copper.

The intersection now confirms significant mineralisation over a plunge length of at least 320m and the ore system is still open to the northwest.

Interestingly, the hole also intersected thick sequences of granite and pegmatites, which the company will also investigate for the presence of lithium-bearing mineralisation.

St George Mining Executive Chairman, John Prineas said: “MAD108 was a big step-out of 110m from the high-grade intersection in MAD60 and we are pleased that the drill hole has been successful in confirming a very significant 320m plunge length of mineralisation on this section.

“Importantly, MAD108 confirms that high grade mineralisation continues at depth at Investigators. With virtually no drilling beyond 200m from surface, we believe there is potential for further discoveries at Investigators with ongoing drilling.”

The company will complete another down-hole EM survey in the new hole in an attempt to map the extent of the massive sulphides at Investigators that literally light up like a Christmas tree in the EM survey results.

Pending success of this survey, infill and extensional drilling is then planned to test for further strike and down-dip continuity of the ore system.

Drilling is continuing with a second hole at the Investigators prospect underway.

According to St George, the composition of nickel-copper-PGE mineralisation within the broader Cathedrals belt is more akin to an intrusive style mineral system than the typical Kambalda-style extrusive deposits, common in the Goldfields region of W.A.

Intrusive deposits can often contain multiple high-grade mineralised portions that can be linked.

These styles of ore systems can be very lucrative, with the Russian Noril’sk-Talnakh deposit and the Canadian Voisey’s Bay and Raglan deposits interpreted to be of the same type.

St George has steadily tacked the mineralisation at its Mt Alexander since drilling the discovery hole some months ago and it appears that its patience is now starting to be rewarded.