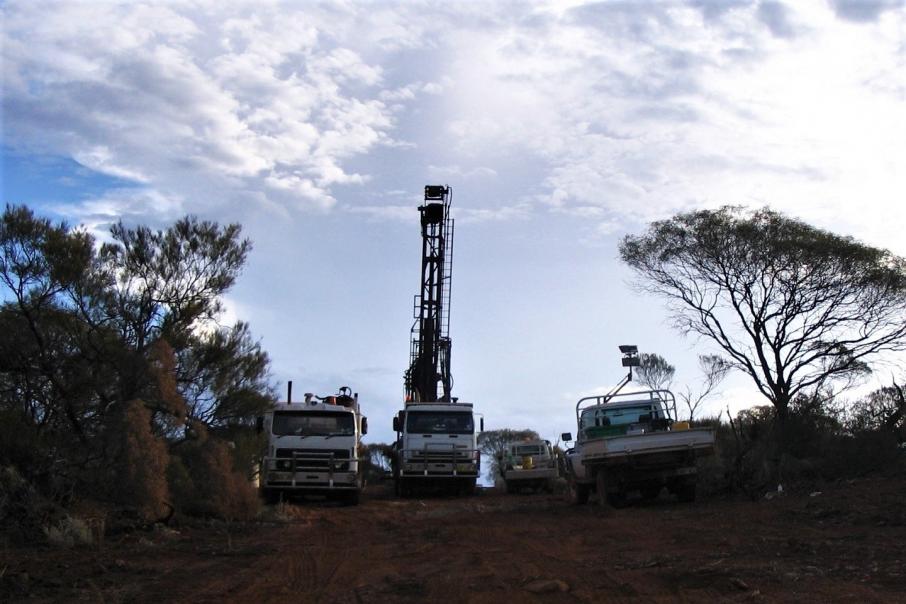 The 48.7m intersection included a 10m thick section containing up to 5 per cent disseminated and pebbly nickel-copper sulphides, including pentlandite, chalcopyrite and pyrrhotite, from 541m downhole.

Drilling is continuing below 770m to investigate even deeper targets above a planned total depth of 800m, according to St George.

“The next two holes – MAD181 at Investigators and MAD183 at Fairbridge – have provided another huge leap forward with thick intersections of mineralised mafic-ultramafic units."

“A very important aspect of this discovery is the preserved nature of the 48m thick unit intersected at Investigators. This significantly increases the potential likelihood for the presence of larger accumulations of nickel-copper mineralisation nearby."

Whilst the drill rods continue to turn along its line of Cathedrals Belt prospects, St George is also running downhole EM surveys in each of the successful drill holes to map extensions of mineralisation to target with future drill holes.

St George’s Mt Alexander nickel sulphide project is located in the eastern Goldfields of Western Australia, around 100 km west of Leonora.  The project’s strategic land holding has discoveries strung out over more than 16 kilometres of strike, including the Stricklands, Fairbridge, Radar and Fish Hook prospects.

The company said its MAD183 drill hole at Fairbridge had also intersected an 11.6m thick mafic-ultramafic unit with up to 5 per cent disseminated nickel-copper sulphide mineralisation from 359.3m downhole.

Importantly, St George said the mineralised intersections in both the 181 and 183 drill holes were approximately 1.4km apart, along the same east-west horizon and down dip of recent, shallow, massive sulphide hits along the Cathedrals Belt.

The company said the two latest successful holes were evidence of a significant strike of mineralised intrusive host rocks which appear to be prospective over at least 4kms between Investigators and the Radar prospect.

With drilling at the MAD183 site now completed at a final depth of 693.5m, management is moving the drill rig to the MAD 184 drill site at Investigators to test yet another EM anomaly west of known, high-grade nickel-copper sulphides.

St George appears to be joining the dots both at depth and along strike, as it continues to drill up a storm along the Cathedrals Belt.