St George Mining continue to make impressive nickel-copper hits at Mt Alexander near the Agnew-Wiluna belt, with the latest drill hole intercepting massive sulphides with in-field, XRF readings of 4.75% nickel and 1.5% copper. The latest hole suggests the very high grade mineralisation discovered last November at the Stricklands prospects is still open to the north and west. 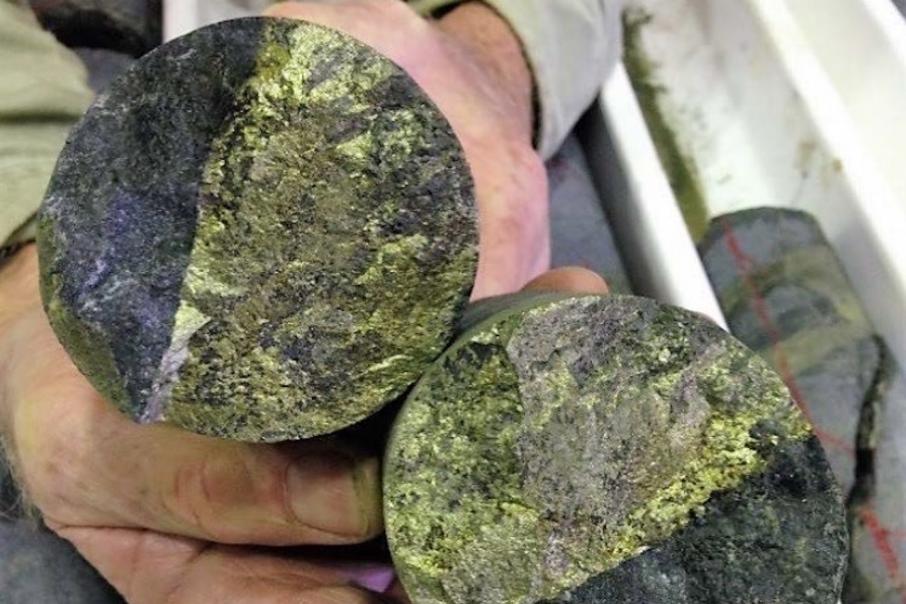 St George Mining has scored another nickel-copper sulphides drill hit at Mt Alexander, near Leonora in the north eastern Goldfields.

The emerging nickel company told the ASX this week that a new drill hole at the Stricklands prospect had intersected 9.76 metres of shallow nickel-copper sulphides across three intervals.

The latest drill intercept included a 1.68m intersection of massive sulphides from 67.65m down hole, which was measured in field with a portable XRF device at 4.75% nickel and 1.5% copper. Assays will be released as soon as they become available.

The nickel-copper sulphide hit was exactly as predicted by downhole electromagnetic surveys in an earlier nearby hole.

Executive chairman, John Prineas said: “Drill hole MAD93 was completed approximately 25 metres to the north of MAD71, which intersected thick nickel-copper sulphides late last year. The latest intersection indicates that the high-grade mineralisation is open to the north and to the west. Further drilling will be planned for this area where the large SAMSON electromagnetic anomaly at Stricklands remains mainly untested.”

They support St George’s view that a metals-rich ultramafic unit could strike over a distance of 400 metres.

The next step for St George will be a downhole EM survey at the latest drill hole over the next few days, with the results being used to plan possible future drilling in untested north and west sections of the large Stricklands anomaly.

Meanwhile, plenty of other drill action is planned at other prospects on a 5km-long structural corridor at Mt Alexander, where St George hold a 75% stake in a joint venture with nickel producer Western Areas.

A drill rig will soon mobilise to the Investigators prospect, about 1km west of Stricklands, where five diamond holes are planned to test a deeper geophysical anomaly.