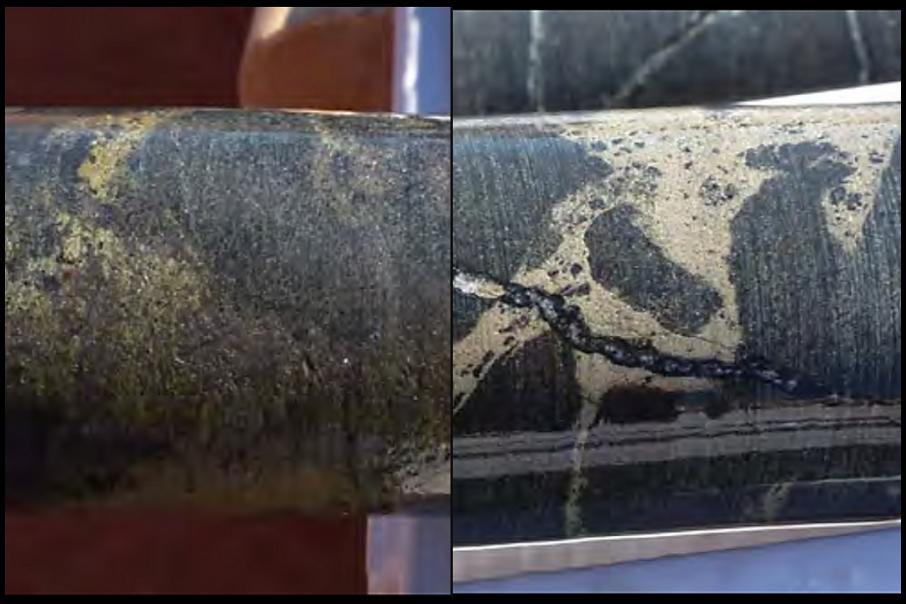 The new conductors have been identified at the company’s Investigators East prospect, located within its flagship, Mt Alexander Project in the Goldfields region.

According to the company, St George geologists have also observed further sulphide mineralisation in a fresh diamond drill hole, 80m down-plunge of the known mineralisation at Investigators East. The company said it had cut through 6.5m of nickel-copper sulphides from 227.1m downhole.

Examination of the core reveals that the style of sulphide minerals, technically known as “brecciated”, “stringer” and “disseminated” sulphides, suggests that the mineralisation has been remobilised, most likely from a source that is massive and proximal to the drill hole the company says.

St George has yet to conduct DHEM on the newest hole and will be keen to look at the modelled electrical conductors from that hole to direct the next drill hole towards the most prospective area.

Assay results are also pending for the newest diamond hole and will be keenly anticipated as the company assesses all of its exciting data to plan the next potential discovery drill hole.

St George Mining Executive Chairman John Prineas, said: "with all EM conductors drilled in the Cathedrals Belt confirmed as nickel-copper sulphides, the new EM conductors present a tremendous opportunity to make further discoveries and to confirm the continuation of mineralisation down plunge.”

The company said that a reverse circulation rig is expected to commence follow up drilling soon at the Radar and Bullets prospects.

Radar is another exciting nickel target where DHEM surveys were completed, revealing a strong off-hole conductor to the west of the discovery hole, which returned shallow assays of 6m @ 2.14% nickel, 0.74% copper and 1.62g/t PGMs from only 46m down-hole.

Additional targets in St George’s exploration pipeline include Fish Hook, where a recent soil geochemical survey was carried out. Assays are still pending following which the company plans to conduct a first-pass EM survey or drill pass.

The West End prospect will also be the subject of further geophysical surveying with a moving loop EM survey planned to commence shortly.

With the odds seeming to be stacked in favour of mineralisation now St George will have the rods turning furiously for some time yet on this rapidly developing story.