St George Mining has announced a high grade nickel-copper sulphide intersection from the Stricklands prospect at its Mt Alexander project west of Leonora in W.A. The 13.6 metre intercept from 40m depth contained a 4m section with average grades of 4.7% nickel and 2.0% copper using pXRF analyses. The mineralisation is true width and backs up last years spectacular 17.5m hit going 3% nickel. 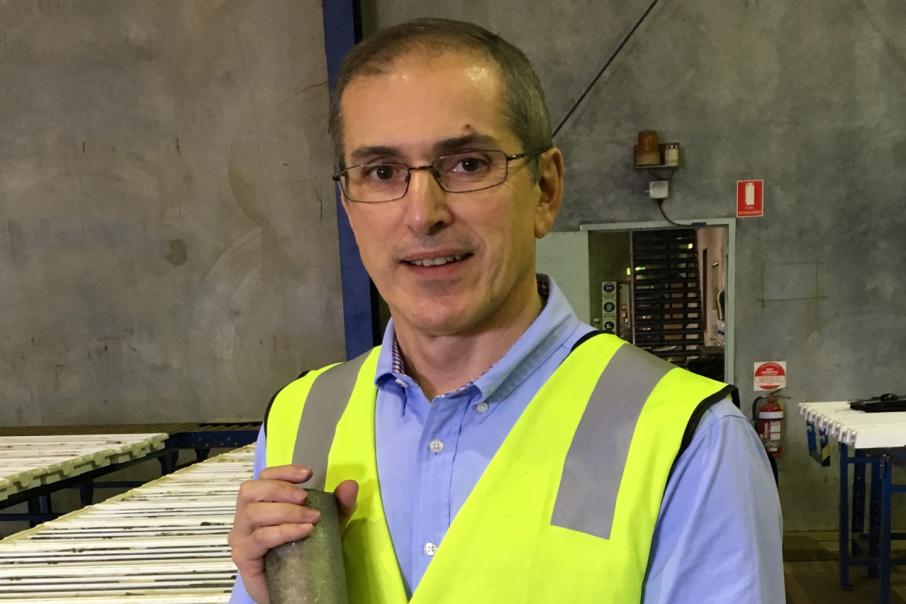 St George Mining has confirmed the width of high-grade nickel-copper sulphide mineralisation at its emerging Stricklands prospect, located 100km west of Leonora in the north-eastern Goldfields in W.A.

A new diamond drill hole was recently completed up-dip of a spectacular intercept reported last year at the company’s exciting Mt Alexander project and with a13.6 metre intercept from just 40m down hole, it hasn’t disappointed.

The intersection included a 4m section of massive nickel sulphides from 48m, with average pXRF readings returning z significant 4.7% nickel and 2.0% copper. The company is awaiting laboratory assays from the drill hole.

Based on the intersection angle of the drill hole with the mineralisation, the down hole width is interpreted to be close to true width for the ore body.

John Prineas, St George Mining’s Executive Chairman said: “This is a great start to the 2018 drilling programme at Mt Alexander and gives us real momentum.”

“It is very pleasing to see MAD85 return a thick intersection of nickel-copper sulphides that is comparable to the outstanding intersection in MAD71.”

“The ultramafic channel at Stricklands is interpreted to have a strike over 400m and the current programme will continue to test this highly prospective channel for additional high-grade mineralisation.”

The new drill hole confirms consistency of the massive nickel sulphide mineralisation at the Stricklands prospect and supports the potential for further significant width and strike extensions of the high grade ore unit.

The thick intersections are located within a large, subsurface conductive electromagnetic anomaly, extending over an area of 200m long and 150m wide at Stricklands.

St George has no end of targets at the project, given Stricklands is only one of three nickel-copper-cobalt-PGE prospects held by the company in a 5km long structural corridor, including the Investigators and Cathedrals prospects.

The drilling at Mt Alexander is ongoing, with a further 17 holes of mixed RC and diamond holes to be completed at Stricklands in the current program, according the company.

With nickel prices on the rise and touching A$17,300 per tonne, there is ample incentive for a cashed-up St George to make hay while the sun shines at Mt Alexander.

Investors will be keen to follow the progress of the project, that is shaping up to be a significant new nickel play in this prospective part of Western Australia.