More needs to be done to ensure all people feel safe at work, including government and defence. 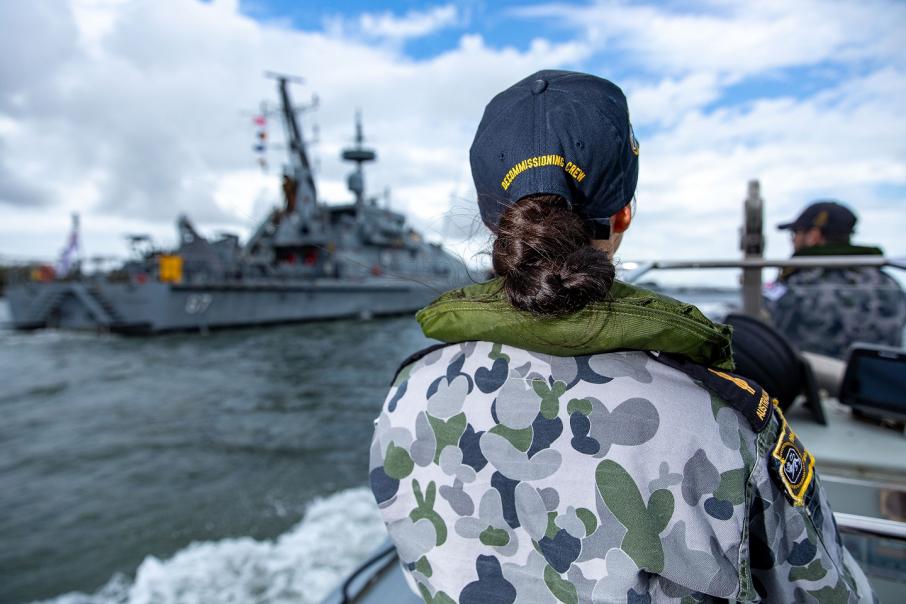 Much of the current news cycle is dominated by reporting on two significant sexual assault allegations in politics, one of them allegedly occurring within the then defence industry minister’s team.

Both cases, one involving Brittany Higgins and the other Attorney-General Christian Porter, have a deep impact on the defence sector and the wider community.

The political environment is a critical part of the defence and security ecosystem in Australia, and the goal of encouraging more young women to join and succeed in this sector is inclusive of positions in the armed forces, politics, analysis, industry, foreign affairs, defence portfolios, academia and other sub-sectors.

One of the core challenges facing the sector is how to recruit more women into the defence sector at all levels, and to see them progress through the ranks so female representation at a senior level is proportional.

Significant effort is expended throughout the sector in drawing attention to the various roles and career paths possible for young women.

There are some outstanding examples in Australia, and in Western Australia in particular, of female leaders in defence.

Clearly this effort and these examples will not be enough to improve female participations rates in defence if these harassment allegations continue. If we collectively fail to create an environment where everyone feels safe in their workplace, why would young people join the sector or stay in it?

We can succeed in drawing the attention of young people to a deeply rewarding career path, but if they feel that the working culture presents a risk, those efforts will not succeed.

It is abhorrent to think that the expectation of a safe workplace, within such important institutions in our society, is not guaranteed.

The mission of defending Australia will benefit greatly from diversity and from selecting our finest people for the various roles associated with that mission. That selection must not be limited to half the population, but the entire population.

To make changes, we need to focus on the environments and how to improve them.

• Independent cultural reviews, assessing and identifying the needed changes is a must.

• A pathway to break the power dynamic that so often silences victims, which can be as simple as a robust HR process or employee assistance program support network.

• A review of industrial relations regulations and processes as it relates to these types of events. Without an independent confirmation, taking action against the alleged abuser opens up IR issues for the employer, leaving the victim feeling powerless, ignored, or facing their abuser on a daily basis.

• A process to expedite investigations where possible, without degrading the quality of investigation, to enable appropriate industrial relation action.

• Fit and proper prerequisites for working in defence or political roles. This might include training and instruction on harassment issues, positive culture, the benefits of diversity, and key information about lines of communication and support that addresses the power dynamic problem.

Ultimately, we must remove the impediments (legal or otherwise) to what should be the appropriate human response, both in the protection of people in our workplaces, and in the handling of cases post-allegation.

While I have no personal knowledge of either case mentioned in this column, I will take a moment to note that I have had numerous interactions with Defence Minister Linda Reynolds over the years.

Senator Reynolds is passionate about creating a better future for Australia.

It is entirely possible that there are aspects of this situation that could have been handled differently, and I am confident that Senator Reynolds possesses the introspection and integrity to identify that and help to lead the change.

The culture in the highest reaches of politics and defence should also be an example of the culture we aim for in society.

We owe it to Ms Higgins, other victims, and to the future generations to learn from these moments of failure in culture or process.

These cases have a deep impact on the defence sector, and the wider community. With the right actions and genuine intentions, this impact can be positive for the future of women in defence.

The defence of our country stands to benefit greatly if we can harness this moment for positive change.