A Victorian sports bar franchise has opened its second pub in Western Australia, part of a planned $10 million expansion in Perth. 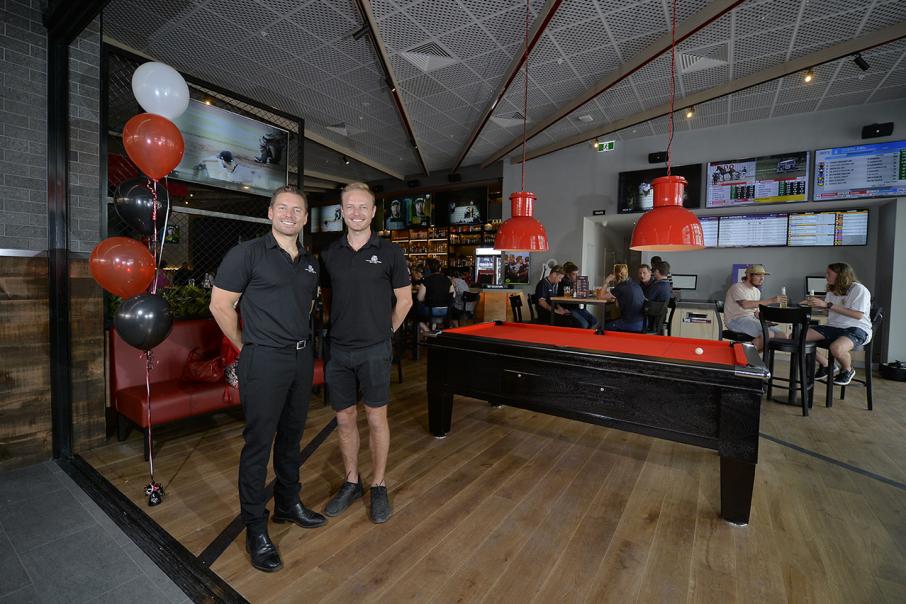 James Sinclair (left) and Tim Deavin at the The Sporting Globe in Mandurah.

A Victorian sports bar franchise has opened its second pub in Western Australia, part of a planned $10 million expansion in Perth.

Former Kookaburra and dual Olympian Tim Deavin is the franchisee for both The Sporting Globe venues in WA, with the first opening in Rockingham in 2016 and the latest in Mandurah in March.

Mr Deavin told Business News he had joined with a private investor to support the venture.

“It’s something that hasn’t really been done in Australia before,” Mr Deavin said.

“Every pub, just about, has a sports section.

“(But) there’s nowhere you can go with (this) quality of offering.”

The number of screens available meant customers had greater control over which sports they watched, he added.

Mr Deavin said Mandurah had worked as a location due to the opening of a refurbished Mandurah Forum shopping centre, a project that cost around $350 million.

The Sporting Globe will soon open a bar in Belmont, most likely to be company run initially, while locations in the inner northern suburbs and inner south are expected next.

The company’s founder, James Sinclair, told Business News that sports bar franchising was very big in the US but had yet to take off in Australia.

Mr Sinclair said he liked the franchise model as it meant the advantage of local people invested in running their venue while still enabling central procurement, marketing and support.

Perth was a prime market because of the popularity of sport, particularly with American sports such as the NBA gaining heightened interest.

Local AFL teams playing a high number of interstate games, and Perth’s closer proximity to the European time zone, were both advantages for the sports bar concept in WA compared with other states, Mr Sinclair said.

“The English Premier League is the prime one, where the timing of EPL actually works quite well ... to be able to watch those games, whereas in Melbourne, it could be midnight if you’re starting to watch a soccer game,” he said.