Spice for life for Perth chef

Taking on an international industry standard would seem daunting for some, but it’s a challenge that’s heating things up for one WA chef. 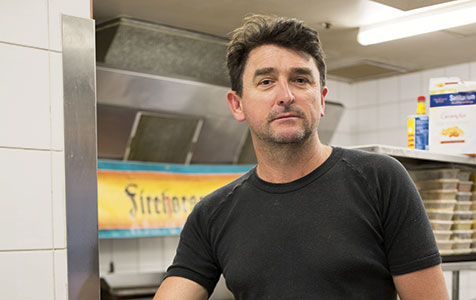 Fourteen years ago, chef Craig Creed’s quest for the perfect chilli started in an unlikely location – the kitchen of an Irish pub in Wembley.

Every Saturday, Mr Creed and his colleagues would carefully select the best oysters from each week’s delivery, shake them in a bag with a little Tabasco sauce, lemon juice and salt, and enjoy a mid-morning ‘pick-me-up’.

That ritual, Mr Creed says, gave him the inspiration to create his own line of sauces in the Tabasco tradition.

The only problem, however, was working out where to start.

“When you first start developing something like this, there’s no information on it,” Mr Creed told Gusto.

“And everything in regards to how you make Tabasco is pretty hush hush, their methods are still pretty secret.

“It was about six years in development from the summer of 1999 before I had my first bottle ready to go on a shelf.”

Over those six years, Mr Creed experimented with the barrel-ageing processes – the unique signature of the Tabasco brand – as well as with different types of chilli pepper.

He says the aim was to create a product that couldn’t be easily replicated or simulated.

Today, the Firehorse range of hot sauces – which comes in original, medium and extra hot varieties – is created using three different chillies, which are aged in American oak barrels for four years.

The peppers include the Southern Cross chilli, a hybrid himself Mr Creed created from six different plants, including the tabasco pepper, habanero and bhut jolokia varieties.

Contract farmers in Wanneroo and Baldivis grow the chilli peppers, with all other ingredients sourced from within Western Australia.

Mr Creed says his focus on growing the Firehorse business is firmly on the catering and restaurant industry.

“There are a lot of higher profile restaurants that use the sauce,” he says. “The chefs in there actually go out of their way to seek high integrity local produce on all levels.

“Once they understand what it is and realise that nobody else in Australia is ageing hot sauce, their ears do prick up.

“The next stage is tasting it and evaluating it, and more often than not they take it on board.”

Mr Creed says he now sells at least 500 bottles of Firehorse sauce each month, with that number growing up to as much as 2,000 in busy times.

The sauce is used on tables at 16 restaurants in the metropolitan area, including top eateries Fraser’s and Rockpool, and can be found on the shelves of 25 IGA supermarkets and speciality retailers, as well as nine food outlets in the South West.

That demand has allowed Mr Creed to purchase new equipment, which will reduce the processing time for the sauce by about 60 per cent, after the chillies have been aged.

Mr Creed hopes to transition Firehorse from a part-time pastime to a full-time proposition over the next 12 months.

And he isn’t intimidated by taking on one of the world’s most recognisable brands in the world of hot sauce.

“I’ve been a big fan of chillies since around the age of 18 and from there I’d always wanted to incorporate chillies into my livelihood.

“I haven’t really diversified from that and I guess it shows if you put enough focus into one thing, it’ll manifest itself.”