Spectrum Rare Earths has reported a slew of eye-popping, high grade gold results from historical drilling at its Washington gold project in northern California. Mineralisation occurs within a swag of criss-crossing quartz veins, usually over widths of about 2 metres at the mine. The company also identified 3 priority target areas for further drilling during its technical due diligence for the decommissioned gold operation. 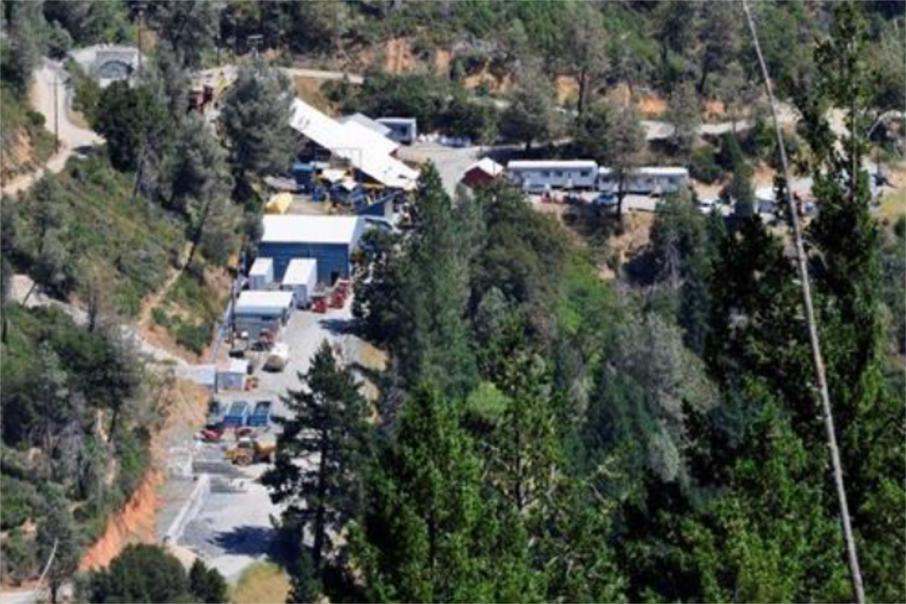 View over mine infrastructure at the Washington gold project

Spectrum Rare Earths has reported exceptionally high-grade intercepts from historical diamond drilling, as part of its due diligence work at the Washington gold project, located in northern California, USA.

Results up to 1.98m grading an eye popping 167.4 grams per tonne gold and 5.18m @ 59.4g/t have been identified from 4 different, unmined mineralised zones throughout the historical underground mine.

Other lucrative looking historical results include an impressive 5.91m intersection going 20.6 g/t gold and a 2.59m hit grading nearly 3 ounces to the tonne gold at 56.6 g/t.

Throw 2.13m at 74 grams per tonne gold and a clear picture is starting to emerge for Spectrum who look to be onto a fascinating looking ore body exhibiting relatively rare bonanza high grades.

In its heyday, the mothballed, but fully permitted mining operation produced around 250,000 ounces of gold at close to an ounce to the tonne.

The company has secured a 3-month exclusive option to carry out due diligence at the mine and it hasn’t wasted any time getting onto the ground to review the mine’s underground infrastructure and existing plant, which includes a fully operational, conventional gold processing facility.

An initial technical review of the geological and drilling databases for the project has now been undertaken, from which the high-grade results were extracted.

The mine is very compact with only about 120m of vertical development and 400m of horizontal development being undertaken through the ore body, before it was placed on care and maintenance in 2015.

Gold mineralisation with common, smashingly good grades occurs in a plethora of criss-crossing quartz veins, usually over widths of around 2 metres.

The company recently reported that significant potential exists within the current project area, in addition to 7.5km of under-explored strike extent beyond the main lease area.

Spectrum has already outlined 3 priority target areas for drilling in strike and depth extensions of the Washington mine mineralisation.

The company is making solid strides in its due diligence activities at the project and will now concentrate more on the required statutory, environmental, OHS and social aspects.

A thorough technical review is underway to better understand the base geological data, exploration potential, hydrology and metallurgical considerations of the project.

Spectrum will also get to grips with the CAPEX and operating costs involved in potentially restarting the operation and the company says it is currently on track to complete its initial due diligence activities in the 3 months allocated.

If Spectrum can reproduce any of the numbers in the historic drill holes, it will no doubt create some serious excitement and a flood of news flow for shareholders in coming months.