After a period of relatively low activity, ASX listed junior, Spectrum Rare Earths looks like it has stumbled across a potential company maker in Northern California. The Perth based company has locked down an option to purchase a mothballed, fully permitted gold mine that has historically produced around 250,000 ounces of gold at an amazing average grade of around an ounce to the tonne. 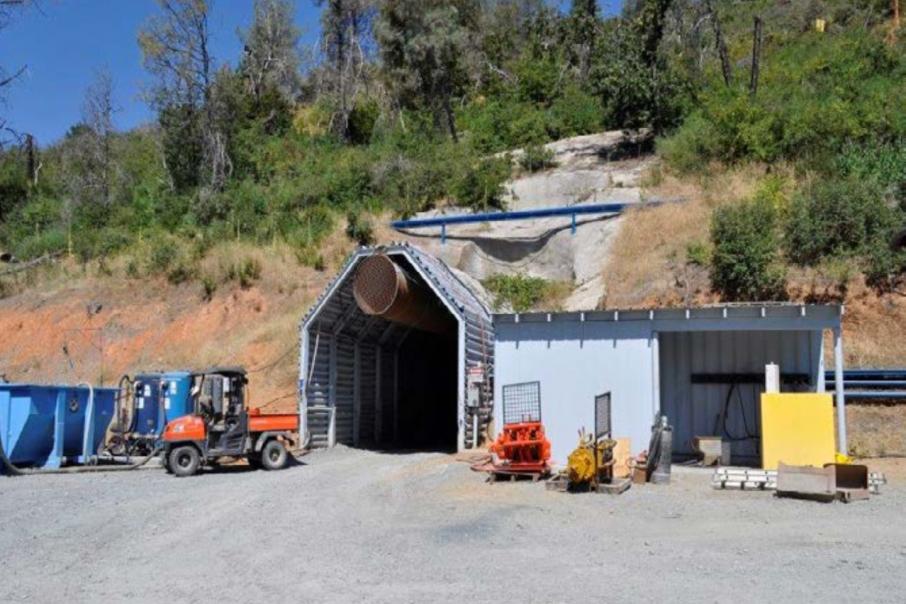 The Washington gold mine in northern California

After a period of relatively low activity, ASX listed junior, Spectrum Rare Earths looks like it may have stumbled across a potential company maker in Northern California.

The Perth based company has locked down an option to purchase a mothballed, fully permitted gold mine that has historically produced around 250,000 ounces of gold at an amazing average grade of around an ounce to the tonne.

The project is the Washington Gold mine located 15 miles northwest of the Shasta County capital of Redding in Northern California comprising a series of under-explored high-grade, gold-bearing quartz veins.

This is no ordinary project however having produced 400 ounces of gold per vertical foot of development or 1,200 ounces per vertical metre.

The project was previously operated by private company Shasta Gold Corp but was more recently taken over by wealth management fund Leo Group who has dealt it out to Spectrum.

Shasta Gold’s website contains some very interesting information about the project and even though much of it is most likely not at a JORC standard and therefore unreliable, it nonetheless tells an interesting story.

It is a story of multiple modest sized drill intersections with mind-blowingly high gold grades, many of which were drilled in areas that are yet to be mined.

An added bonus is that the mine has an operating gold plant, the only one permitted in Northern California, giving Spectrum the opportunity to turn exploration success into production or to create a cashflow by partnering up with others in the region. The mine has been on care and maintenance since 2015 and if Spectrum decides to go ahead, it plans to focus on exploration and resource development for the first 15 months to develop a mine plan over a number of ore sources rather than just the Washington mine.

The project includes a vast array of assets including 925 acres of tenure, an existing, fully-permitted gold mine with six adits, 20 historical producing structures, a conventional gravity and flotation gold processing plant with a capacity of 120 tonnes without cyanide, a tailings storage facility with capacity to expand, mobile plant including a modern underground drill rig, power, boggers, a water treatment plant and permits to operate the mine.

There are a number of historical gold deposits within the property including the Niagara, Montezuma and Scorpion mines and the strike length from Washington to Niagara is approximately 1.5 kilometres.

Spectrum has an exclusive option to purchase for three months in order to conduct due diligence at a cost of AU$75,000.

If the company elects to proceed it will have one year to purchase the asset for a further consideration of 325m Spectrum shares, currently trading at around 1.3c a share.

During that period, Spectrum will cover the care and maintenance costs of USD$360,000 a quarter. Importantly part of those costs include an exploration program.

Spectrum chairman Alex Hewlett saaid: “There is immediate potential at the Washington, Niagara, Scorpion and Montezuma mines in the current project area plus 7.5 kilometres of under-explored strike extent and numerous opportunities to partner or acquire nearby properties.”

“We have set ourselves a plan which would involve a 3-15 months exploration phase; a 15-24 months exploration and development phase; and a 24-36 months production phase which would involve building the Washington Gold Mine production profile and the development of secondary pre source. Our long term strategy would leverage infrastructure and take an asset portfolio approach.”

The Washington Gold project is located within the central portion of the French Gulch Mining District, with historic gold production from placers and underground vein mining estimated at between 800,000 and 1,500,000 ounces.

The district covers an area about 12 kilometres in length by about 4 kilometres wide and has been the biggest gold-producing area in the Klamath Mountains province of south western Oregon and north western California.

It contains the highest vein gold grades in the province.

There seems little doubt the project provides a platform for Spectrum to advance from the ranks of junior explorer and its decision at the end of the next three months could have a significant influence on the company’s future.

With a market capitalisation of only AU$8m and a share price hovering at just over a cent, Spectrum looks like it is crouching right now but it wont take much for the company to develop a spring in its step if it can carve out a solid high grade resource at Washington.

It probably doesn’t hurt either to have a fully operable gold plant on site.