Spectrum Metals has followed up the highest grade drill results seen to date outside of its Penny North deposit in WA and made some further encouraging hits. They include 3 metres grading 9.62 grams per tonne gold and 2m grading 13.0g/t gold from its Magenta prospect. It also looks as if the company may be onto a new discovery with a “stratigraphic” hole at the Golden Hinde prospect returning 1m grading 54.9g/t gold from 77m downhole.

Stratigraphic holes are sometimes strategically incorporated into an early stage exploration program so that Geologists can get an appreciation of the rock sequences and potential gold hosting structures for more effective drill targeting.

Four RC holes were drilled down plunge of a recently intersected 4m zone at Magenta that graded 11.1g/t from 195m downhole, including one metre grading 41g/t.

Results for two of the holes are still outstanding, however, with the prospect located only 1.5 kilometres north of the existing Penny North deposit, the new hits provide plenty of encouragement that Penny’s high-grade mineralised system may continue along strike.

Spectrum is planning on having an RC rig drill out the high grade zones at the Penny West deposit for the time being and complete the program that was originally planned prior to the discovery of Penny North.

Earlier last week, Ramilius Resources, who is looking to acquire Spectrum in a friendly takeover deal took its voting power in Spectrum to 25.51%.

Ramelius’ implied offer of 15 cents per Spectrum share is a serious 70% increase to its 30-day volume weighted average share price of just over $0.882 cents.

Spectrum shareholder Chalice Gold Mines accepted Ramelius’ bid for its Spectrum shares, handing over all 97,148,016 bits of paper  to the gold goliath.

In a Target Statement made to the ASX at the end of February, Spectrum Metals’ board unanimously urged its shareholders to accept the friendly takeover bid by the ASX300 listed company.

Substantial shareholders as published in the annual report.
END_OF_DOCUMENT_TOKEN_TO_BE_REPLACED
Powered by Morningstar ®
Next Articles 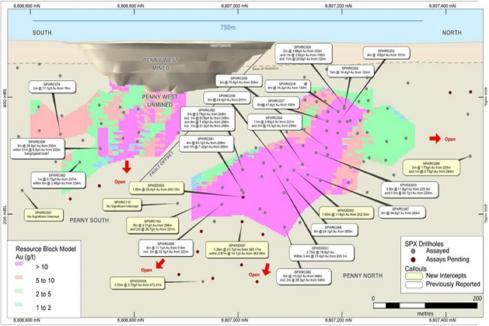 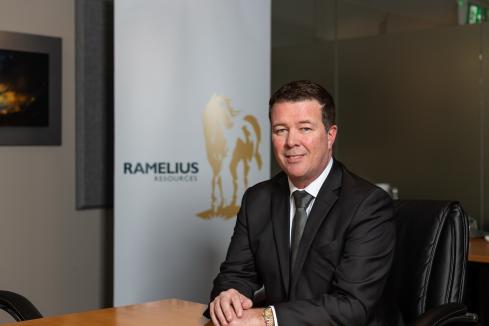