Hammer Metals has nailed its latest rock chip program with an exciting suite of super-high grade rock chips at its Perentie project in Mt Isa over a 5km strike. Best results include 31% copper, 19g/t gold and 240g/t silver. The trend runs parallel to the Paddy B-Judith-Copper Ridge trend, where additional mineralised zones discovered by the company’s sampling activity have taken the strike length up to 5.5km. 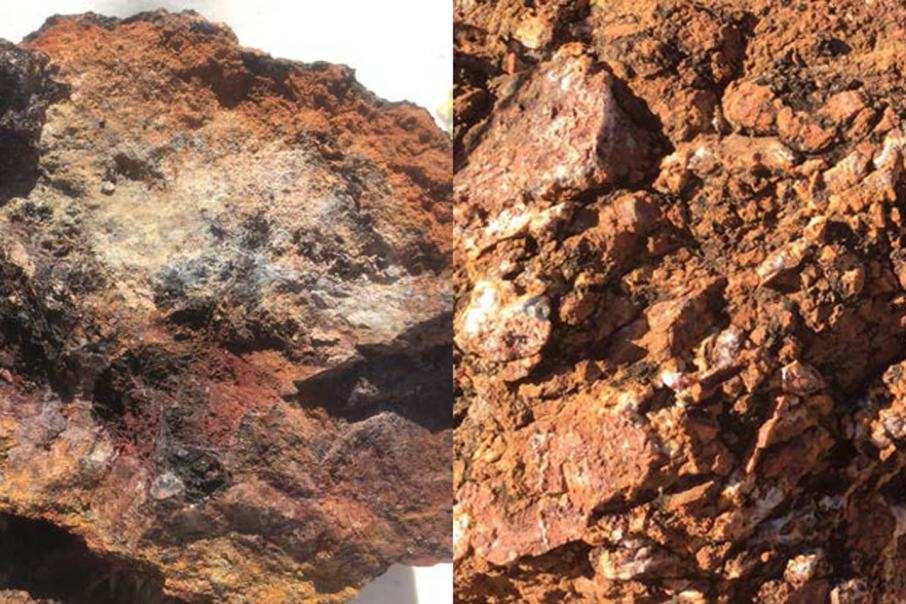 Hammer Metals has nailed its latest rock chip program with an exciting suite of super-high grade rock chips at its Perentie project in Mt Isa over a 5km strike. Best results include 31% copper, 19g/t gold and 240g/t silver.

The ASX listed junior is working hard to build a better picture of its relatively new Perentie project, which is near Mt Isa, Queensland.

The latest samples came from the Rainbow Ridge-Trackside trend, which is about 2.7km southeast of the Paddy B prospect. Recent mapping has mapped this trend over a 5km strike.

Multiple mineralised structures have now been delineated within that trend that have the potential to host copper-gold mineralisation according to the company.

Earlier this month, the company received rock chip samples of up to 46% copper from the new Susan prospect that is 1.6km south of the Paddy B prospect.

Perentie covers an area of about 50km2 centred on the north-western corner of the highly magnetic Wimberu Granite that is considered to be associated with the development of iron oxide copper-gold mineralisation elsewhere in the Mount Isa geological district.

Grassroots prospecting has identified multiple mineralised trends with multi-kilometre strike lengths that are located within zones of demagnetisation in the area.

The demagnetisation is caused by the magnetite in the granite altering to hematite, giving the host rocks an obvious red appearance.

Perentie forms part of the larger Dronefield JV with Kabiri Pty Ltd, over which Hammer holds an 80% interest.

Hammer has now completed reconnaissance mapping and heritage clearances with planning now underway for detailed geophysics that will lead to drill testing of the higher ranked targets.

With a number of exceptional rock chips in hand now and pointing the way, the hunt is on for Hammer to determine if the mother lode is lurking anywhere nearby.