A number of other winners at the Margaret River Wine Show were announced besides Evans & Tate last night.

The full release from the Margaret River Wine Industry Association can be read below.

White is definitely Evans and Tate's colour with a spectacular result at the Commonwealth Bank 2005 Margaret River Wine Show for its white wines.

Not surprisingly, Evans and Tate also took out Most Successful Exhibitor.

Best Chardonnay was a new trophy award in 2005, as was Best Cabernet Sauvignon, which was awarded to Woodlands Cabernet Sauvignon 2002. The addition of the two new trophies was to recognise these two varieties' influence in putting Margaret River on the map for its premium wines.

The judging panel found the 2004 Stella Bella Shiraz was the Best Shiraz after two days of tasting 601 entries across 27 classes.

The Commonwealth Bank 2005 Margaret River Wine Show provided an opportunity for local grape growers and winemakers to receive appraisal and feedback from some of the nation's best judges, while promoting the wines distinct to the Margaret River wine region.

The Show unites the wine community of Margaret River with a common goal, that being the pursuit of wine excellence. 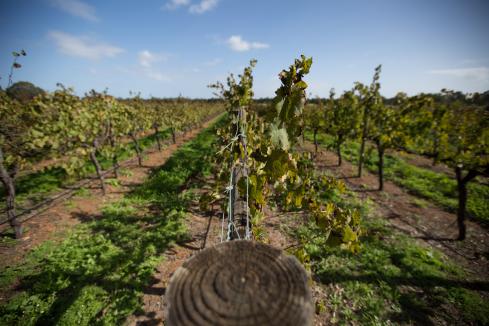