Southern Gold on a winner in Korea

Southern Gold’s partner, Bluebird Merchant Ventures announced this week it had accessed a new level underground at the old Kochang mine in Korea. Significant assay results were returned from “waste” dumps and the tailings dam at the historic Gubong mine which closed decades ago due to low gold prices. Bluebird reported encouraging rock chip results from surface “waste” dumps going 10.5 g/t gold at Gubong. 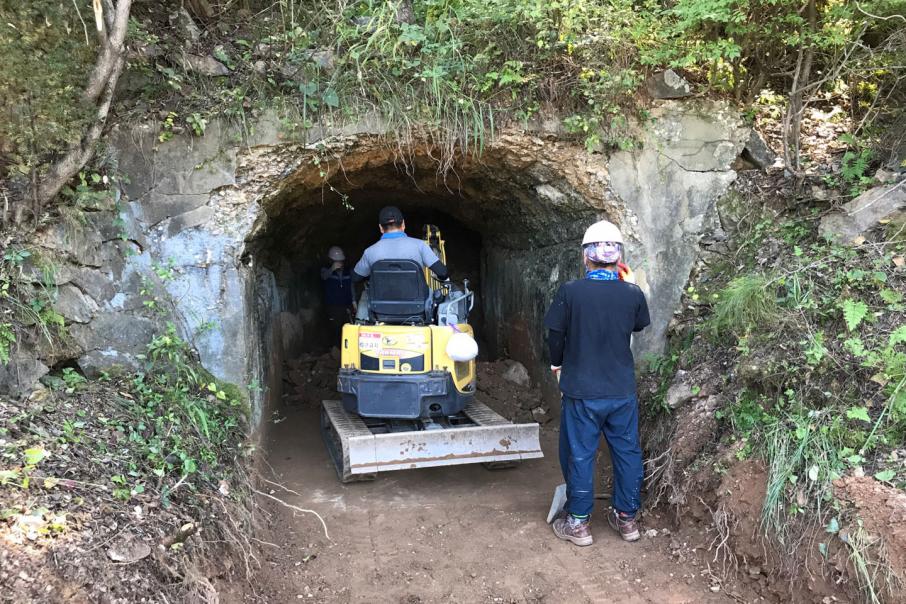 Southern Gold gave the market a window of insight into its impressive portfolio of blue sky gold projects in South Korea this week that will no doubt create a rapid flow series of news events for shareholders in coming months.

The ASX junior stands apart from its peers in so much as it already has a serious income stream from a smallish gold mine it founded and subsequently farmed out near Kalgoorlie known as the Cannon Gold Mine.

To-date the company has raked in nearly $14m in free cash from Cannon which enabled it to lock down a 100% interest in a number of lucrative looking high grade historic gold projects in South Korea during 2016.

London listed mining expert firm Bluebird Merchant Ventures is currently farming into the prospective looking Gubong and Kochang gold projects and can earn a 50% interest by spending US$1M aimed at investigating the feasibility of re-opening these historic mines.

Bluebird will then undertake a technical and economic assessment to re-open the mines, delivering a feasibility report on their preferred option with a capex target for start up set at just $10m.

In this week’s announcement, Bluebird indicated that it had gained access to the next underground level at the Kochang Mine and that ore was visible in situ and in broken ore stockpiles. Importantly, it also described ground conditions as being “excellent”.

Additionally, Bluebird outlined encouraging rock chip results of up to 10.5 g/t gold, returned from surface “waste” dumps surrounding the Gubong mine. Two auger holes were also completed into the tailings dam at the mine, returning values up to 1.15 g/t gold. Bluebird indicated that a full study of the tailings will be undertaken later in 2018 to assess the economic feasibility of re-treatment.

Charles Barclay, the Chief Operating Officer of Bluebird said; “I am pleased with the progress at Kochang which is aided by the excellent ground conditions.  When reopening old mines, the initial targets are broken ore and remnant pillars within old production areas. We are seeing this at Kochang. The mine closed when the gold price was US$140/oz so we would expect that what was unpayable ore then is now economic.”

“The results at Gubong of the tailings are most exciting and they certainly warrant a full program to determine the viability of reworking them.  The results obtained from rock piles at Gubong announced today indicate that they could be a very cheap resource and we will be working on this over the coming weeks.”

These include six major projects, which are estimated to have produced over 2 Moz of gold from underground and artisanal mine workings up to the early 1970s. Most were decommissioned by that time, owing to the poor prevailing gold prices.

The deposits acquired by the Company are dominated by very high grade, narrow ore systems, often plunging to great depths.

The South Korean peninsula is dominated by the “Ring of Fire” geology, common throughout the Pacific Rim and is dominated by orogenic and epithermal gold-silver deposits – think PNG, Fiji, Indonesia, Philippines and New Zealand. There is certainly nothing wrong with the address.

Southern Gold has a mixture of these deposit styles in its project package, which is dominated by the flagship Gubong Gold Project in the western part of the country, bordering the Yellow Sea.

Gubong looks really interesting and already has a “Korean” resource of 500,000 ounces of gold. The problem with this resource is that it is not JORC compliant and can’t be relied upon at this early stage. Southern Gold has instead opted to call it an exploration target which now sits between1.2m – 2.3 Mt @ 6 - 8 g/t for around 500,000 ounces of gold.

The Company believes there is significant depth potential to the existing Gubong mineralisation and that it could well be a company making project in its own right.

Access to the underground mine workings at Gubong was achieved last quarter by Bluebird and a review of historical data, mine plans and drilling results has commenced.

Reconnaissance underground channel sampling and mapping is presently underway across all the Company’s other Projects in country, with most lacking any modern regional-scale geophysics or broader exploration methodologies to delineate extensions or repetitions of ore systems. This provides tremendous opportunity and upside at existing deposits and for new greenfields discoveries.

Southern Gold has assembled an enviable geological team to take the Korean gold projects forward, including ex-Ivanhoe Mining personnel, who were employed at the Eunsan gold-silver mining operation at the southern tip of South Korea in the late 1990s.

The engagement of Bluebird in South Korea was a master stroke for the Company, as their experience as Asian mining specialists will likely fast track the re-opening of the historic Gubong and Kochang gold mines, providing early cash flow again for self-funding of exploration and development activities elsewhere in the country.

Through an exquisitely negotiated deal at Cannon, the company already has real money coming in every year on a free carried basis from operator Westgold. That has allowed management to keep the capital structure almost embarrassingly tight at less than 50m shares on issue.

With its base covered, Southern Gold has now extended itself into the rich goldfields of South Korea where its brownfields projects look positively tantalising.

With historic gold mines scattered across pretty much all 17 Korean projects, it is hard to think that Southern won’t hit something when the rods start turning.