Southern Gold keeps finding more high-grade gold left behind by previous operators of the Kochang mine in South Korea that was abandoned in 1975 when the gold price was just US$140 an ounce. A significant program to sample the underground vein systems at Kochang has found long strike lengths of mineralisation and returned assays at more than two ounces to the tonne. 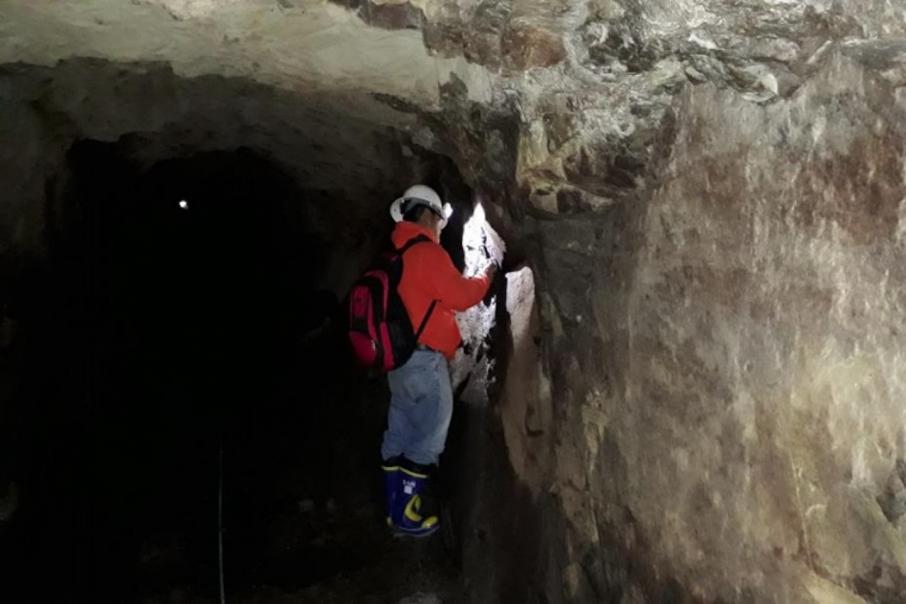 A sampling program of underground quartz veins at Southern Gold’s mothballed, historic Kochang gold mine in South Korea has confirmed a lot of high-grade gold was left behind by the old timers that mined it.

Southern Gold recently reported that its partner at Kochang, Bluebird Merchant Ventures, a UK-listed specialist in Asian resource development, has completed a program of 425 channel samples along 1,331m of vein at 5m intervals.

The program also included 100 grab samples of in-situ stockpiles left behind when the mine was abandoned in 1975 at a gold price of just US$140 an ounce. Stockpiles associated with partially stoped panels produced best assays of 17.4 g/t gold and 165 g/t silver.

Within that average there were also some tantalising pods of much higher grade mineralisation.

Southern Gold reported that sample results confirmed continuous mineralisation along the entire strike length of the historically mined veins, extending for 700m over two of the three identified vein systems. Both of the 245 level drives also appear to terminate with veining in the face.

There is also significant potential to further evaluate the mineralised system above the 245 level for extensions along strike and to test for potential parallel systems.

Interestingly, the company said it also appeared the western vein systems could extend towards the old Kochang silver mine. Infill diamond drilling could potentially link the two old mines and extend the mineralised system over a strike length of 1.5km.

Southern Gold Managing Director, Simon Mitchell, said: “Bluebird has done a great job of confirming the scale and distribution of the mineralisation at Kochang and this work forms a very effective base from which to advance the project towards production.”

“While there remains much work to be done before we get to that point, we are very pleased with the grade tenor, the consistent nature of the mineralisation along the drives and the fact that the system is open in all directions. This all reinforces the economic potential of the project, which will be subject to further studies.”

The sampling program completes a preliminary work program by Bluebird. The next steps include improving the definition of high-grade pods, which could be exploited quickly and cheaply to begin generating cash flow.

Accessing and developing the upper levels of the old mine are also priorities for the company now.

Southern Gold’s business model is all about low capex development and organic growth, funded initially by the company’s producing Cannon Gold Mine east of Kalgoorlie and then via product sale proceeds from Kochang.

This week’s developments have taken the company a step closer to re-opening the Kochang mine that looks to have a suite of advantages compared to developing a greenfields underground mine from surface.