A bit of old-fashioned heavy handedness may be just the thing to deal with the challenges posed by disrupters like Airbnb. 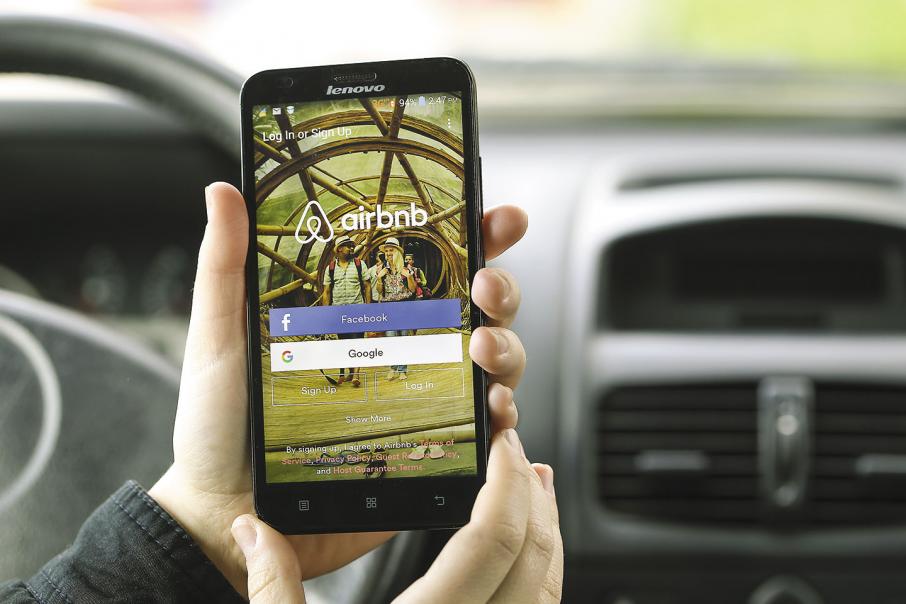 TOO EASY: Airbnb and its like are challenging the old rules of engagement. Photo: iStockphoto/ Good Life Studio

A bit of old-fashioned heavy handedness may be just the thing to deal with the challenges posed by disrupters like Airbnb.

PERMANENT party apartments may sound like fun for some, but for most of us these noisy neighbours are a nightly headache, especially in high-density developments.

And in a sign that the new, sharing economy might benefit from a bit of old-fashioned heavy handedness, the Victorian government has followed the lead of several Perth councils in calling for rules to govern casual accommodation marketed through companies like Airbnb.

If the Victorian government gets its way, owners’ corporations (formerly body corporates) could seek damages and pursue property owners who allow their properties to be used as party pads.

If the Victorian government is successful, it’s likely to set a precedent for governments around the country, which are also grappling with the challenge of regulating disruptive digital platforms such as Airbnb and Uber.

For the uninitiated, Airbnb is a website that lists homes, flats, apartments and even rooms for short-term rent.

They are marketed as simple, authentic way to experience a city and in many cases they’re cheaper and more convenient that a hotel room.

Many property owners use these sites, along with traditional holiday rental sites, to lease their properties or homes; but the simplicity of these user-friendly applications has led to some fairly predictable problems.

It turns out that living next door to a property that turns into a party pad for young travellers is pretty exhausting, so the move to push the responsibility back on landlords may go some way to ensuring everyone gets a good night’s sleep.

In most developments the strata title doesn’t allow for short-term rental arrangements, at least not without prior agreement; but now it’s not just property owners who are taking advantage of these applications.

Tenants are using them to sub-let rooms or properties, blurring the lines between landlord and tenant and making it harder for legislation to protect neighbours from offensive behaviour.

I’ve lived next to noisy neighbours, albeit in a suburban setting, and it wasn’t long before my daily routine was based on avoidance strategies – avoiding the loathsome group of men who had no regard for the many families living around them.

In my case the landlord was an investor with no interest in the property or its six male inhabitants, who hot-bedded in the three-bedroom house depending on who was off swing from the mine site over the weekend.

A slump in commodity prices has put paid to my local party pad, for now. And while my experience involved activity in a neighbouring house, I can only pity those forced to live right next door to people like that in an apartment block.

Critics of the Victorian government’s move to regulate short-stay accommodation have compared it to making car hire companies responsible for how their clients drove their cars.

To me, it’s a first step; and while I deplore Australia’s obsession with rules, I think neighbours should have a right to ask an owner to take responsibility for what goes on in their property.

This is one of the inherent risks of short-term leasing; the reward for property owners is the much higher nightly rates they collect, compared with a lower weekly amount on a traditional long-term rental agreement.

Leaving it up to the market or consumers to decide what the best regulation for emerging platforms like Airbnb is not necessarily the best road forward either.

There are countless examples in retail, like self-service petrol stations and ATMs.

We flocked to these shiny new machines and then, before we knew it, driveway service disappeared along with friendly, bank tellers (who came at no charge).

And it’s not so very different at supermarkets. Take a stroll down the aisles and see what our love of low prices has done.

It’s an ever-shrinking pool of brands on display. And while shopper surveys suggest we all want Australian-made produce, that’s not what is going through the checkouts in many cases.

The vast majority of customers make decisions based on cost and convenience. That’s exactly what disruptive platforms like Airbnb and Uber trade on – a better deal.

We need to embrace these cheaper, faster, more nimble alternatives, but not at any cost; and governments at all levels need to move quickly to understand these new platforms to ensure we all share the benefits equally.