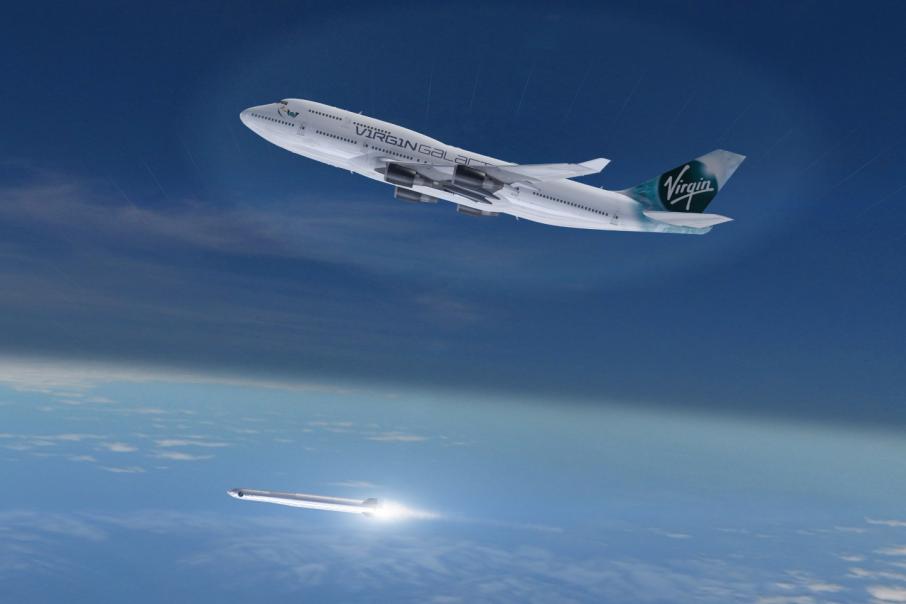 ASX listed Sky and Space Global have signed a deal with Richard Branson’s Virgin Galactic to launch a “constellation” of up to 200 of its nano-satellites into space aboard Branson’s visionary space craft “Launcher One.”

Virgin Galactic created LauncherOne specifically to focus on launching nano-satellites into space in an affordable way.

Sky and Space Global, which was recently back door listed into Burleson Energy by Perth connections, is focussed on creating its own affordable satellite global telecommunications network based on nano-satellites.

Nano-satellites only weigh about 10kg each and are small enough to sit in the palm of your hand. They are powerful enough however to send a signal back to earth that is capable of facilitating text, data and voice telecommunications.

In the ten years of nano-satellite launches prior to 2014, only 75 units were launched globally. However as the commercial benefits of these miniature satellites started to become obvious, those launch rates increased significantly with 94 units launched in a three month period alone from November 2013 to January 2014.

Nano-Satellite’s are considerably lighter, cheaper to build, easier to launch and more affordable to service than traditional large satellites. They offer telecommunications opportunities to previously poorly serviced markets such as remote areas in particular but also industries such as shipping and aviation.

Its maiden voyage into space is expected to be in the second quarter of 2018 and its payload will partially consist of up to 200 nano-satellites owned by Sky and Space Global.

The company says that LauncherOne offers access to space at significant cost savings while also offering a high degree of flexibility to achieve specific orbital parameters and launch windows.

Sky and Space Global’s CEO, Mr. Meir Moalem said: “Virgin Galactic is a truly global company with significant resources and support and this agreement is the first step in what we believe will be a long term relationship and it provides Sky and Space Global a genuine and highly sought after opportunity. It is expected to not only deliver substantial cost savings, due to LauncherOne’s ability to carry multiple nano-satellites simultaneously, but will enable us to bolster our bandwidth capacity as we launch further nano-satellites into orbit. This agreement is part of our long term strategy of building Sky and Space Global’s nanosatellite communication system infrastructure and service.”

Sky and Space Global back door listed into Burleson Energy a couple of months ago at 2c a share but managed to touch 3.4c a share this month.