ASX-listed Sky and Space Global have become the first satellite company in history to facilitate financial transactions using nano-satellites as they advance towards full commercialisation of their miniature orbital devices. The history-making transaction was made in space using the Perth-listed company’s demonstration nano-satellites known as the “3 Diamonds”. 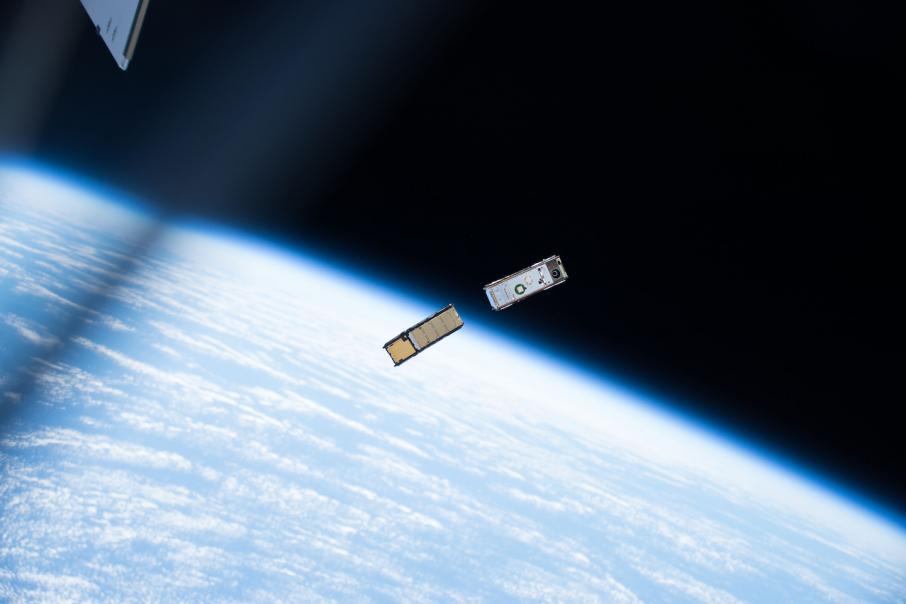 Sky and Space Global have again made satellite history by becoming the first company to successfully complete financial transactions using “nano-satellites”, miniature satellites that are small enough to fit in the palm of your hand.

The ASX-listed company said it completed the in-orbit transactions by using its three orbiting nano-satellites in conjunction with its unique “Chatellite” app, and software from mobile payments startup BeepTool.

The transactions were made from one phone to another and are a giant leap forward for the company who only blasted their first three units into space earlier this year.

The test paved the way for using Sky and Space’s future nano-satellite network to facilitate secure and safe, peer-to-peer banking in remote areas of the globe that are currently poorly serviced by the major telco players, management said.

The trial also cemented the burgeoning relationship between Sky and Space and Africa-based BeepTool, whose messaging and voice app is currently used by more than 800,000 people.

The landmark announcement comes after Sky and Space recently made satellite and telecommunications history by arranging the first-ever voice call, also using its three demonstration nano-satellites.

Sky and Space CEO Meir Moalem said: “Sky and Space Global has again been part of a world first. Never before has a financial transaction been processed using bandwidth from nano-satellites.”

“By working with partners such as BeepTool we can really start to make a difference in people’s lives and grant them access to the kind of connected services that they haven’t had access to before.”

Sky and Space is currently progressing its full nano-satellite constellation, consisting of up to 200 of the miniature orbital devices, which are vastly cheaper, but just as effective, as traditional satellites.

The company plans to commence rolling out the network from 2018 as it moves towards full commercialisation of its disruptive telco offering.

In particular, Sky and Space are looking to provide affordable telecommunications to millions of people in remote areas, developing nations, and industries currently let down by the cellular telco players.