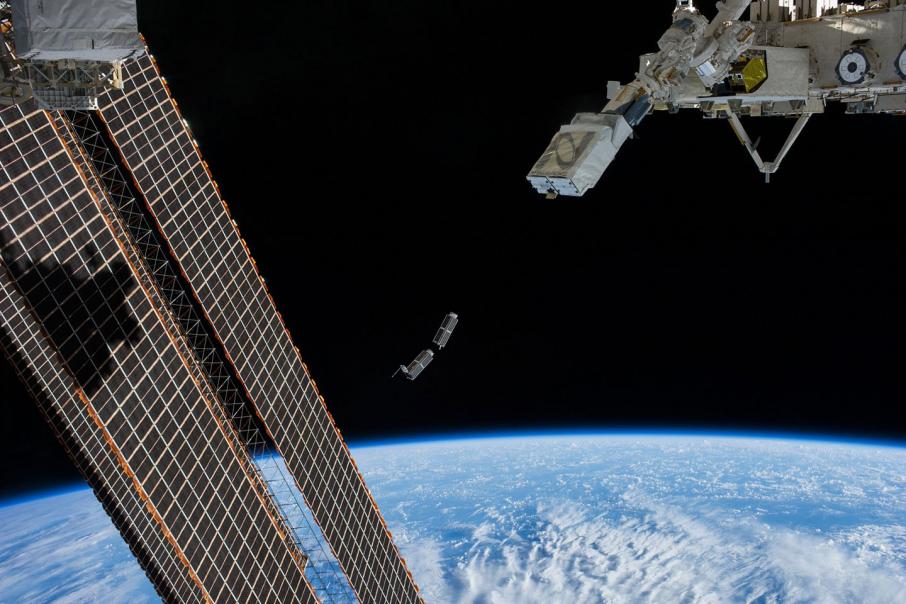 ASX-listed Sky and Space Global has hit a major milestone in its trailblazing journey into the global satellite telecommunications market.

The company announced first revenues this week, generated from its 3 orbiting miniature satellites known as “nano-satellites.”

In a market update on Monday, Sky and Space said its three nano-satellites, which last year became the first miniature satellites of their kind to facilitate voice calls and financial transactions, had commenced generating revenue in space from existing customers.

The Perth-listed company said it expected around $1 million of annualized revenue to be generated from current customers contracted to use the bandwidth generated by the first three prototype satellites, that were blasted into orbit in mid 2017.

According to Sky and Space management, more binding contracts with customers looking to utlize the demonstration satellites' bandwith for internet of things, machine to machine and asset tracking services are expected to be locked down in the second half of the year.

With the three pilot units now solidly generating revenue and validating the company’s technology, Sky and Space said its focus was now squarely on deploying its full constellation of up to 200 nano-satellites, expected to ascend into orbit from 2019.

The telco upstart is confident that its network of 200 nano-satellites, can generate gross revenues of between $300 - $500 million per year after just half of the equatorial constellation has been successfully launched.

It estimates a staggering revenue stream of up to $1 billion per year is achievable once the entire network is up and running.

Sky and Space Global Managing Director Meir Moalem said: “After all the hard work in the past six months, we are excited to see that the 3 Diamonds are performing better than expected and are already starting to generate revenues, even though they were only meant to be technology demonstrators."

"This proves not only that our technology works, but also that our business model is profitable and that there is a significant demand for the narrow band connectivity services that we are offering."

In the latest update, Sky and Space said it would now prioritize securing additional contracts for narrow band services from its full network, by completing successful field tests with the three pilot units during the remainder of 2018.

Mr Moalem said: "We are continuing to build partnerships that can generate further revenues for the business and look forward to launching the full constellation from Q1 2019 and completed the whole Equatorial Constellation before then end of 2020.”

According to Sky and Space, millions of remote and regional people around the globe are currently poorly serviced by cellular based telcos and the company is looking to acces those markets with its nan-satellite based offering.

Nano-satellites are small enough to fit in the palm of your hand and therefore considerably cheaper to launch into space.

Earlier this month, the company raised $10 million in an oversubscribed capital raise from institutional investors and is seeking another $5 million from retail investors in a share purchase plan to accelerate the roll out of its potentially game-changing satellite network.