Sink or swim for startups when the sharks are circling

Two local entrepreneurs have had contrasting experiences appearing on Channel 10’s recently concluded Shark Tank, a reality TV show in which budding entrepreneurs pitch their ideas to a panel of potential investors. 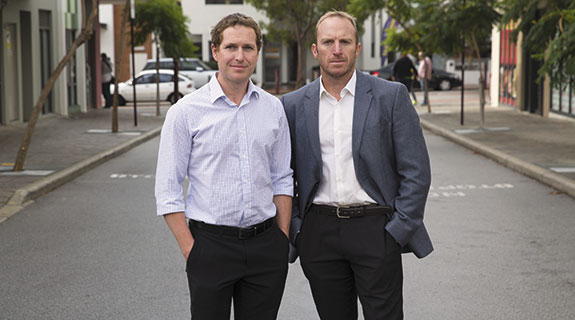 Two local entrepreneurs have had contrasting experiences appearing on Channel 10’s recently concluded Shark Tank, a reality TV show in which budding entrepreneurs pitch their ideas to a panel of potential investors.

While Jayden Rogers and business partner and 2012 Business News 40under40 winner Hayley Warren, from Halo Medical Devices, were offered a deal from two of the sharks, Mobilyser’s Robbie Adams suffered what can only be described as a mauling.

“My advice to anyone thinking of going on these types of shows is to go in with your eyes open, and know the reality of reality TV,” Mr Adams told Business News.

“You need to know your numbers, know your business, have proven sales or you will get roasted, and perhaps rightfully so.”

Although the episode aired in April, filming was done in November last year.

“At that stage, I had launched only three weeks earlier, had no clients, no revenues, but had spent $400,000 on the product”, Mr Adams said.

“The only ‘shark’ I thought would understand this was Steve Baxter, as he had IT and telco experience, but he did not get it at all.”

“I was half way through my two-minute pitch and they interrupted me.”

Mr Adams then stood there while each shark claimed there was no market for what he had produced.

As featured in Business News last year (October 20 2014) Mobilyser is an app that enables businesses and employees to separate work and personal calls and data.

“I decided it was best to bite my lip and not argue,“ Mr Adams said.

The exposure did not seem to do much damage, since Mr Adams has had plenty of enquiry since the episode aired, attracting 80 paying clients and currently is in discussions with a major retail store.

“My paying clients certainly understand there is a problem to be solved, “Mr Adams said.

“Perhaps the sharks are not that close to their respective businesses’ line items anymore.”

The pitch by Jayden Rogers’ business partner, Hayley Warren, went much better. Halo Medical Devices has developed a digital goniometer, which enables the user to accurately measure joint movements in patients. The market for the device includes physiotherapists and elite sports people.

During the demonstration, all the sharks seemed interested in what they agreed was “a cool piece of Aussie tech”.

“One of the sharks, Naomi Simson, had met Hayley before and was aware of the business,” Mr Rogers told Business News. “And after hearing the pitch she made an offer. Almost immediately Andrew Banks came in and they agreed to share it – $100,000 equity investment and a $100,000 loan.”

Mr Rogers, who was watching from the green room, went down the tunnel to discuss the offer with Ms Warren and the two agreed.

“It was all exciting and fun,“ Mr Rogers said.

“And although we were going into the Christmas period, Andrew was keen to get production happening. We had some emails from Naomi, who was taking the lead with some extra questions to answer.

Unfortunately, after a period of due diligence, we were not able to secure a final deal. However, both sharks have continued to provide invaluable support and advice since.”

At the time of going to press, Halo Medical Devices is in the process of negotiating a US distribution deal, with the help of Ms Simson and Mr Banks.

Given their varying experiences, and with the first series of Shark Tank now complete, the entrepreneurs have some advice for others thinking of going on such a show.

“I probably went on too early and my pitch was not great, but then again I did not get a chance to complete it,” Mr Adams said.

“However, it was worth it overall, the staff and crew at Channel 10 were fantastic, and meeting the other entrepreneurs was worthwhile.”

Mr Rogers said it was worthwhile to have exposure for the business on national TV, as some major opportunities opened up afterwards.