Silence is deafening on CO2 spend

Politicians on both sides of the fence tread cautiously on the issue of CO2 emissions … well, most of them. 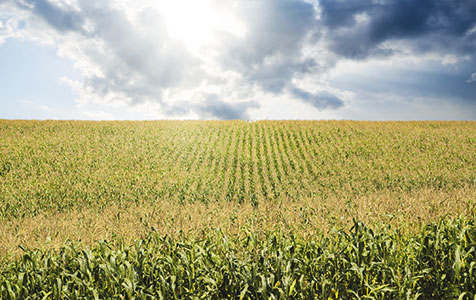 GROWTH SECTOR: Rather than being a negative, there are those who believe more CO2 in the atmosphere is good for humanity due to increased crop production. Photo: iStockphoto

Politicians on both sides of the fence tread cautiously on the issue of CO2 emissions … well, most of them.

Back in 2010, I had a pre-Christmas lunch with a federal Liberal MP, during which I asked what can now be dubbed the ‘$2.55 billion question’.

“How many Liberal-National MPs disbelieve CO2 is causing catastrophic global heating?”  I asked.

My lunch companion sipped his wine, thought for a moment, then replied ‘About a third’.

“How many on Labor’s side don’t believe CO2 is causing catastrophic global heating?” I asked.

Again after a brief pause, he said: ‘Also about a third’.

Since there are 76 senators and 150 lower house members, this suggests about 75 federal MPs haven’t swallowed the anti-CO2 line so avidly promoted by discredited Greenpeace, the Greens, United Nations bureaucrats, Hollywood propagandists, and Wall Street financiers, who’d markedly boost their fortunes if a hoped for international emissions trading scheme eventuates.

Despite this, there are only three MPs who can be relied on to publicly speak out on the huge cost to taxpayers of the range of subsidising schemes aiming to reduce CO2 emissions.

One is WA Liberal Dennis Jensen, who is a PhD in materials science and physics.

Both Liberals have often spoken out on the belief that man-made CO2 is causing catastrophic global heating.

Now they’re joined by Senator Day, who took up his seat in July.

Last month, he told senators that this year’s global grain output was the biggest ever.

“So what is driving this world food production boom?” he asked.

“Plants are thriving on the extra CO2 in the atmosphere.

“A recent study showed that climate modellers over-estimated the amount of CO2 that would remain in the atmosphere.

“Lo and behold, they have now discovered that plants are soaking up the additional CO2 and growing more vigorously.

“This is not just a benefit to food crops – it is a boon to native vegetation, from the ancient forests to desert scrub that environmental activists have been trying to preserve for decades.”

This long-known botanical fact prompted Senator Day to question the Abbott government’s move to spend extra “billions of dollars to reduce this airborne saviour of vegetation and food crops”.

“I am stunned by the number of politicians who are either ignorant or wilfully misleading the public on this topic,” Senator Day said.

“A whole political industry has developed around new arcane language to describe what we have known for centuries about producing food and improving our environment.

Those funds, via a range of taxpayer subsidising programs, are costing Australian taxpayers billions of dollars annually.

And why is this?

Allegedly to reduce CO2 emissions, which are boosting global grain output and stimulating growth of the world’s forests and grass and scrublands.

Senator Day was speaking during the debate on the Abbott government’s Carbon Farming Initiative Amendment Bill 2014, which creates a $2.55 billion ERF to reduce Australian CO2 emissions by 5 per cent below 2000 levels by 2020.

In other words, a further $2.55 billion squandered on top of the unknown number of billions that already subsidise costly and inefficiently derived electricity from windmills and roof-top panels.

Thankfully there’s one senator who spoke out during that debate.

“Taking money from low-income families and spending it on dodgy activities with a spurious scientific basis punishes the poor, rewards the rent-seekers and churns money in taxes, grants and rebates,” Senator Day continued.

“Australia cannot afford this ERF during what the government has told us is a budget emergency.

“Rent-seekers like wind tower companies and solar panel manufacturers get paid handsomely and advocates in the climate change industry are living very nicely off the system flying around in private jets irrespective of whether these schemes improve the environment or human living conditions.”

He said it was simply bizarre that $2.55 billion of taxpayers’ money was being outlaid on reducing CO2 to stop so-called global warming.

“I am dismayed that honest, intelligent people in this place can sit mute and watch this blatant trashing of both science and economics,” Senator Day continued.

“I have a science background but any high school student can tell you that CO2 is not a pollutant.”

Senator Day went on to confirm what that Liberal MP had told me during our 2010 lunch.

“Now I know there are colleagues in this chamber who agree with me on all this but feel they must toe a party line. But I for one am not so constrained and perhaps I speak for them also in saying that I will not sit mute and support this nonsense,” he concluded.

Unfortunately on this issue Canberra has, as Mathias Cormann clumsily suggested in terms of the economy (when doing his best impression of former Californian governor Arnold Schwarzenegger), too many politicians are unwilling to make the right decision.