Sharing beliefs and standing together

Not many of the conversations I’ve had about gender really stick in my mind, but I do recall one spirited discussion about women in the workforce with a friend of my father’s, when I was an outspoken 17 year old. 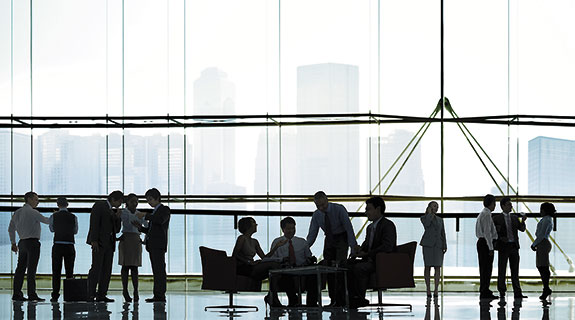 Not many of the conversations I’ve had about gender really stick in my mind, but I do recall one spirited discussion about women in the workforce with a friend of my father’s, when I was an outspoken 17 year old.

A senior and highly respected lawyer, this man politely opined that he didn’t see any evidence of sexism in the contemporary workplace, to which I replied: “The fact that you don’t believe sexism exists in the workplace makes me absolutely sure it does”.

If we were to meet again, I’d probably take a slightly more diplomatic approach and now, 25 years down the track, I concede that he may not have borne witness to any overt sexism in his workplace; and yet surely paying a woman less than a man to do the same job is about as discriminatory as it gets.

It’s a wolf whistle by another name and yet when I heard Australian Securities Exchange boss Elmer Funke Kupper’s solution to closing the gender pay gap, I wasn’t entirely on board.

And I wondered if male staff in organisations would accept smaller pay rises over a period to ensure their female colleagues were paid what they justly deserved.

The theory is outstandingly simple. Mr Funke Kupper, who followed Telstra’s lead and made every role in the ASX flexible in 2014, claims pay gaps occur at two crucial points, when a woman is hired and when pay rises are handed out.

Once these gaps have been identified, Mr Funke Kupper said those staff, who in general are female, need to receive bigger pay rises over a number of years (even if that means there is less for everyone else in that department).

What worries me about this solution is its prescriptiveness and that it fundamentally goes against the concept of a meritocracy, another pretty important facet of any successful organisation.

Clearly this is an area that requires some creative thinking. There’ s a conscious bias at work, which for a long time has allowed male managers to pay women less than a man to do exactly the same job.

So why does it make me so uncomfortable?

Perhaps I bring a particularly female sensibility to this issue, a general discomfort about using my gender (or lack of maleness) as a reason for a pay rise.

When I was at high school my teachers drummed into us the importance of never using our gender as an excuse not to do something; it was a good lesson that I haven’t forgotten.

And it was ringing in my ears last Christmas Eve, when I had another memorable conversation about women in the workforce.

It was with another lawyer but this time it was a young woman, and she was railing against the impost of maternity leave on small businesses.

It’s another live issue that sits alongside the challenge of getting women back to work after children, when childcare is costly and often inflexible.

This woman told me about friends who had taken maternity leave and never returned to work, and colleagues who had worked out their 12 months in a business to ensure they got paid maternity leave.

I was politely incredulous and informed her that I got a total of six weeks’ paid leave to have my first child, but all I could think was why I was even having this conversation with another woman.

And it made me realise that it’s not just men we need to bring along on this journey; it’s women as well, women like me.

Women, who are worried about accepting a pay rise that is based on something other than pure performance. Women like me who would rather ask for a pay cut than a pay rise if it means security of tenure, women like me who still put work ahead of family for fear of being labelled difficult.

The challenge is ensuring the things I say and the things I believe in – the principles of fairness – are things I fight for, for myself.