Anglo Australian has outlined a suite of shallow new drilling intersections from several prospects at its Feysville gold project located near Kalgoorlie. At Think Big, results included 28m @ 2.43g/t gold from 35m down-hole, whilst exploratory drilling at Saintly doubled the strike length of that mineralisation. A new gold discovery was also located at Hyperno, with 13m @ 1.05g/t gold returned from 25m down-hole in regional aircore drilling. 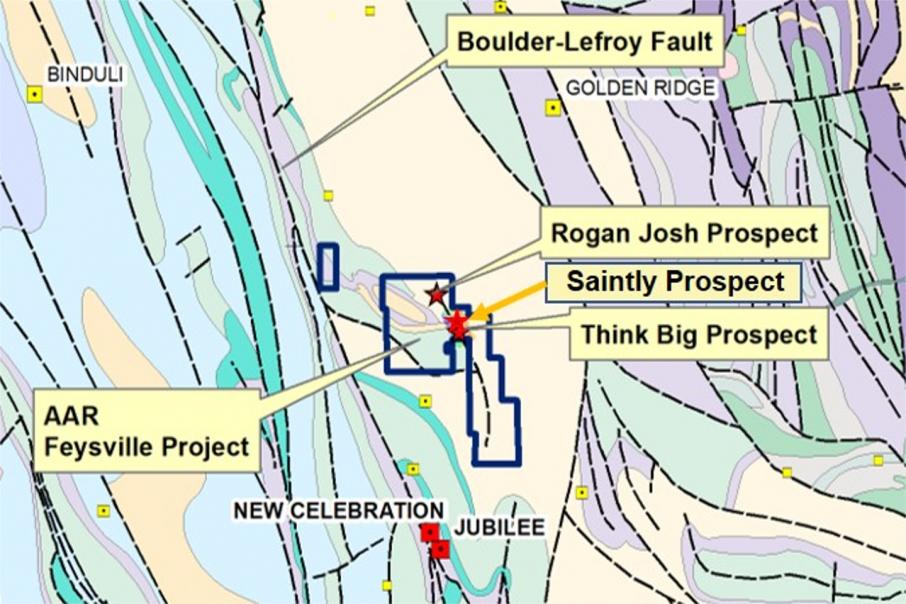 The new drill hits are from the junior gold explorer’s Feysville project, located 14km southeast of Kalgoorlie in the heart of the WA Goldfields.

The company said that recent diamond drilling at the Think Big prospect had significantly increased its geological understanding of the area, whilst providing suitable samples for metallurgical test work studies.

Deeper drill holes are also being planned near the southern end of the Think Big prospect, targeting a possible down-plunge continuity southeast of the identified gold mineralisation.

Anglo has now confirmed that the prospect area hosts a robust, coherent, higher-grade core of northwest-trending, near surface gold mineralisation that could be ripe for future open pit mining extraction.

So much so, that the company recently submitted a mineralisation report to the WA Government in support of a mining lease application covering Think Big and a number of other prospective Feysville targets including Saintly, Hyperno, Ethereal and Rogan Josh.

According to Anglo management, the maiden mineral resource estimate for the Think Big prospect is due for reporting before year’s end and it has commenced a PFS into the economic viability of mining the deposit.

Anglo Australian Chairman John Jones said: “It is pleasing that, through the recent diamond drilling campaign (at Think Big), we now have a much better understanding of the controls on gold mineralisation. This work should now permit us to complete the inaugural resource, hopefully by Christmas.”

“Given its high grade and proximity to surface, it comes as no surprise that the supergene-enriched gold zone at Think Big is likely to be highly economic and will warrant early development.”

“Finally, for Anglo Australian, the submission of an application for a mining lease essentially only two years after the discovery of the Ethereal Shear Zone represents a milestone of which we can be very proud”.

The company also outlined another intersection of shallow gold mineralisation it had intersected at the Saintly prospect, located about 1.2km along strike from Think Big.

The intercept of 9m @ 1.27g/t gold from 15m down-hole effectively doubles the strike length of that mineralisation, extending it by a further 80m to the southeast.

The company said this represents another shallow zone of supergene-enriched oxide gold mineralisation within the broader Feysville project region and more drilling is being planned to follow up the promising new result.