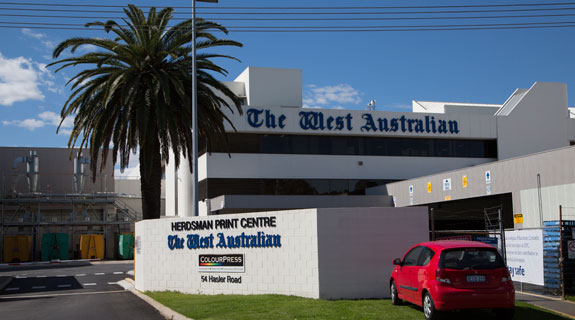 Under the new agreements, Rare will handle The West Australian’s advertising account while Carat will take control of all channel strategy and media buying.

Rare, a West Perth-based business with 33 staff, handles work in the commercial, government and not-for-profit spaces, is owned and managed by Callum Mackenzie and Brett Wheeler.

Rare is ranked fifth on the BNiQ list of advertising and branding agencies.

“I think (Seven West) was very keen to get a partner to help drive their future focus and initiatives and we have been fortunate enough to be selected as their new partner,” Mr Mackenzie told Business News.

“They wanted a fully integrated agency, particularly with strong digital skills ... someone who’s going to work closely with them.”

Carat managing director Adam Marshall said team was looking forward to applying their unique approach to The West Australian, as well as working in collaboration with Rare.

“We’ll be working in conjunction with Rare on briefs and we’ll provide our expertise from a media planning and buying perspective and they’ll do likewise from a broader campaign development perspective,” he said.

“We’re over the moon to be working with Seven West – it’s a great appointment for us.”

“For 40 years Marketforce was our agency of choice. This speaks volumes,” she said.

“However, given the changes in the market, we were keen to see how other agencies might approach our business.

“Now, more than ever, Seven West recognises the need to look at all facets of the business with a refreshed perspective.”

Ms Bedwood said audiences were changing the way they consumed media and Seven West’s aim was to adapt to that change.

“The appointment of Rare and Carat is the first step in this process,” she said.