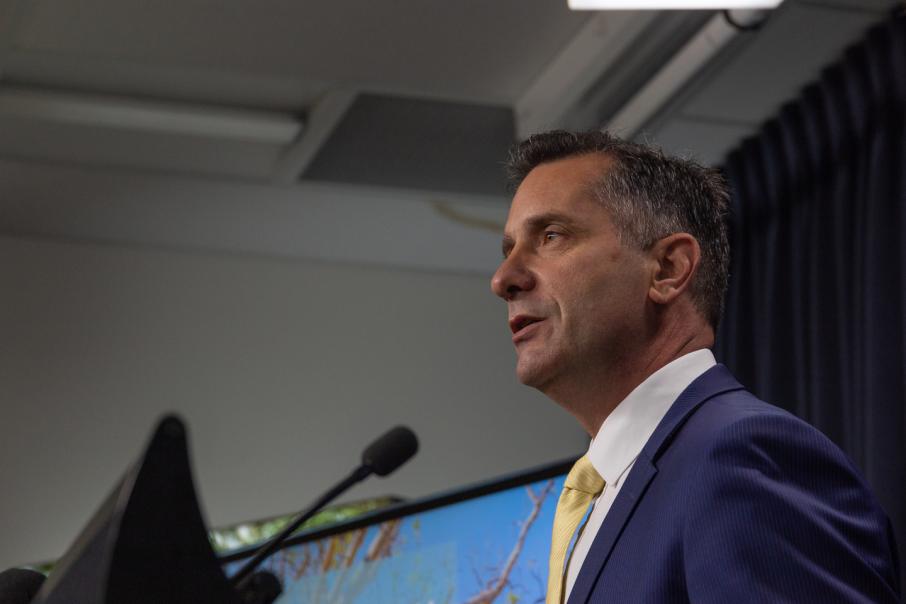 Seven passengers aboard the Artania anchored off Perth have tested positive for coronavirus, prompting WA Premier Mark McGowan to call on the navy to help get the cruise ship to leave.

There are no Australians on the vessel or on cruise ship Magnifica, which is also anchored off the city and not allowed to dock, but does not have any reported COVID-19 cases.

"We'd like the Commonwealth to assist with that," he said.

"We'd like those (sick) passengers, if they have to, to go into a Commonwealth facility, potentially a defence base and this ship as part of that arrangement would leave."

WA health authorities boarded the ship on Wednesday after it asked for assistance and reported about 25 passengers and crew had respiratory symptoms.

A former passenger had already tested positive to COVID-19.

WA Tourism Minister Paul Papalia said Rottnest Island was prepared to take 800 Australians aboard the Vasco da Gama, which is scheduled to arrive in Fremantle on Friday, into quarantine for 14 days.

"We've got the capacity to medevac people via aircraft if we need to from the island straight to a hospital," Mr Papalia told ABC radio.

All foreigners, including 109 New Zealanders, will remain aboard until they can fly home.

The WA government has already restricted access to remote Aboriginal communities but has now added further restrictions to the entire Kimberley region, the Shire of Ngaanyatjarraku and parts of the Shire of East Pilbara.

"This is very much restricting the movement of tourists," state Aboriginal Affairs Minister Ben Wyatt told the broadcaster.

"COVID-19 could have a devastating impact on a community that lives close together."

Police, local government and Aboriginal patrols will monitor for breaches.

The restrictions apply from 9pm local time today, with those who breach facing a fine of up to $50,000 and a jail term of five years.

The number of confirmed coronavirus cases in WA is 205, with about one-quarter stemming from cruise ships.

One of the new cases reported on Wednesday is in the Kimberley.