Senators to speak for their states

The federal upper house needs more Senators prepared to act in the interests of the federation. 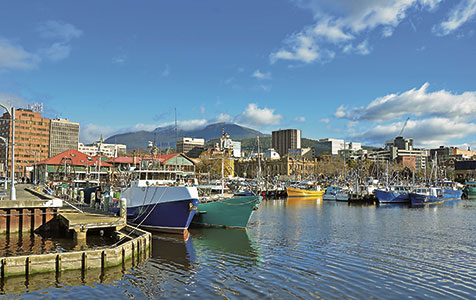 PLEASANT: If Tasmania were an independent country, it would be in more trouble than Greece, according to Liberal Democrats Senator-elect David Leyonhjelm.

I know whose name I’d be placing number one alongside if Western Australia’s Senate election rerun were instead being held in NSW or South Australia.

If NSW, it would be that state’s Liberal Democrats Senator-elect David Leyonhjelm.

If SA then I’d vote for Bob Day, the Family First Senator-elect.

Although I long ago concluded our major parties’ duopoly arrangements ensure all their senators toe the party line, I’m pretty confident neither Mr Day nor Mr Leyonhjelm will be doing anything of the sort.

I know Mr Day, a onetime Liberal Party member and candidate, so have a good idea of what to expect from this exceptional man.

I don’t know Mr Leyonhjelm, also a onetime Labor and Liberal Party member, but having recently read one of his insightful articles – headlined, ‘Tasmania: A Province of Victoria’, (The Australian Financial Review, March 7 2014) – I have a fairly good idea on what to expect.

Mr Leyonhjelm is a straight talker, a quality that’s highly desirable in a senator.

Yes-men and women have dominated the Senate for too long, doing little to nothing to preserve our federation.

“Having once lived there, I know Tasmania is a pleasant place to live,” he began.

“But so is Greece.

“And if Tasmania was an independent country, it would be in more trouble than Greece.”

Worse still, Hobart is the strike and command centre of the rabidly anti-development Greens, whose dilly-bag of programs seeks transformation of continental Australia into a backwater like their tiny state.

Mr Leyonhjelm pointed out that Tasmania only finds “about a third of its state budget”.

The remainder is from mainlanders’ gifts via “GST allocations and specific purpose payments from the Commonwealth”.

Tasmania has been drowning in a sea of funding provided by mainland taxpayers for decades.

“Apart from brief spurts of growth due to mining, Tasmania’s income has rarely lived up to its aspirations since federation,” Mr Leyonhjelm said.

Although both economic and demographic growth is largely absent, politicians are something Tasmania has plenty of.

“In addition to local government and an upper and lower house in the state parliament, it is constitutionally guaranteed five seats in the House of Representatives and 12 seats in the Senate,” he continued.

“It also has a long history of anti-development policies.”

Mr Leyonhjelm consequently said it was time for remedial action.

Firstly, Canberra’s southward cash flows should be markedly slashed, not only for Tasmania but for all the states.

“With reduced Commonwealth taxes, states should raise their own taxes to fund their spending, creating a far more effective discipline on it,” he said.

He also urges that all GST revenues are allocated “to the state where the revenue was generated.”

“Third, subsidies for shipping to and from Tasmania should be abolished.

“If islands such as Hong Kong and Singapore can become wealthy without them, so can Tasmania.

“Bass Strait is not a cruel plot for which mainland Australians should compensate Tasmanians.

“The solution is cheaper shipping, such as by abolishing industrial relations laws introduced specifically for the shipping industry.”

He consequently rejects the rampant featherbedding Tasmania has been able to envelope itself in.

For more than a century Tasmania has been siphoning cash from mainland Peters to pay insular mendicant Pauls.

What makes this decades-old institutionalised milking of mainlanders more ominous is that the Tasmanian-controlled Greens have been more responsible than anyone for the loading of more lead weights upon mainlanders aspiring for economic growth.

I’m referring, of course, to their shameful role in the Rudd-Gillard government’s imposition of the taxing of mining and CO2.

Talk of strangling the mainland goose that for decades has been laying golden eggs for economically backward Tasmania.