Geopacific Resources has made its second high-grade gold and silver discovery in three months at its 85%-owned Kou Sa project in northern Cambodia and found more evidence that a large epithermal mineral system could be nearby. The latest discovery was made by an exploration program that returned gold assays up to 32.35 g/t and silver assays up to 2,300 g/t. 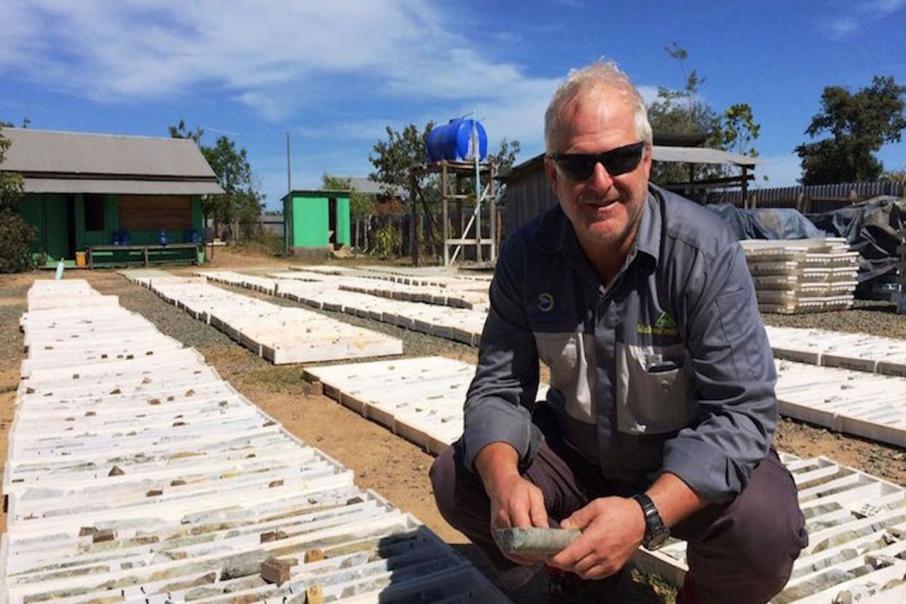 Geopacific Resources’ Kou Sa copper-gold project in northern Cambodia is starting to look seriously interesting after the second discovery of high-grade gold and silver at the project in just three months.

The ASX-listed explorer is best known for its flagship Woodlark project in PNG, which is advancing rapidly towards a 100,000ozpa operation, however the company is giving its epithermal exploration skills a work out at a number of other projects, including Kou Sa in Cambodia.

In an update to the ASX, Geopacific reported that a shallow, six-hole diamond drill program at Prospect 118 had made an impressive gold-silver discovery, with gold assays just over an ounce to the tonne and silver assays up to 2,300 g/t.

The latest success follows a significant copper-gold-silver discovery in January at prospect 181, about 6kms southwest.

Both discoveries were made by drilling targets that Geopacific had defined by soil sampling and trenching, which is an impressive strike rate for reconnaissance exploration techniques.

Even more exciting for the prospectivity of Kou Sa, which is 85%-owned by Geopacific and still largely untested by drilling, is additional new evidence of a potentially much larger epithermal system nearby.

Geopacific managing director, Ron Heeks, said: “The prospectivity of the Kou Sa project has been greatly enhanced by this new, large epithermal gold discovery.  This is the second discovery from the small drill program that was recently completed.”

“In both recent discoveries, the wide zones of quartz indicate that a large fluid movement has deposited the mineralisation and this can only be driven by a significantly sized source.  This is consistent with results across the project, all of which indicates a significant ‘engine’ driving the deposition of mineralisation.”

“The results from this drilling indicate that we have probably encountered an outflow zone of an epithermal system and that the main zone may be located nearby.”

The mineralisation at Prospect 118 has so far been defined over a strike length of more than 150m and remains open at depth and along strike towards the southwest, where it disappears under cover.

The latest set of numbers will be read in conjunction with a new round of soil sampling that will guide an induced polarisation geophysics survey to target a potential core of the mineralisation between the recent discoveries at Prospect 118 and 181. Induced polarisation geophysics has proven its value in targeting mineralisation at Kou Sa since Geopacific began exploring in 2013.

While Woodlark remains the main game for Geopacific, it certainly doesn’t hurt to have more than one project with serious exploration upside.