ASX-listed gold explorer, Anglo Australian Resources, has added a second RC drill rig to its exploration program chasing extensions to the known mineralisation at its 100 per cent-owned, historic Mandilla gold project, 70km south of Kalgoorlie in Western Australia. In a rush to firm up some fresh gold resource numbers, Anglo has the drill rods spinning in tandem at both the Mandilla East and South targets. 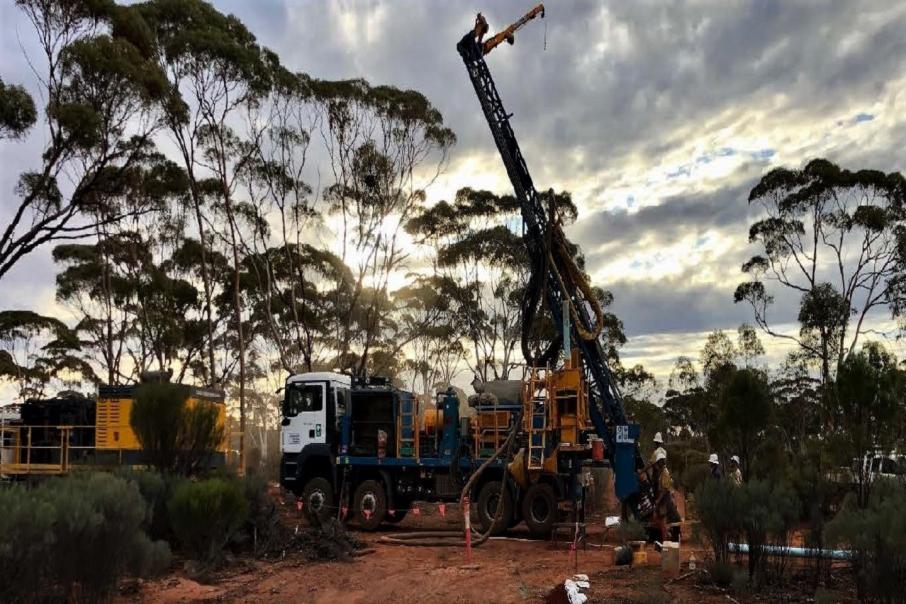 ASX-listed gold explorer, Anglo Australian Resources, has doubled down by adding a second RC drill rig to its exploration program chasing extensions to the known mineralisation at its 100 per cent-owned, historic Mandilla gold project located 70km south of Kalgoorlie in Western Australia.

In a rush to firm up some fresh gold resource numbers, Anglo has the drill rods spinning in tandem, homing in on targets at both the Mandilla East and South prospects.

Anglo is continuing the drill campaign it started back in early September with assay results expected to roll in regularly over the summer from a total of 69 drill holes already completed across the two prospects.

The extra drilling grunt will allow the company to finish up extensional and in-fill drilling at Mandilla East, adjacent to the historic Mandilla West open pits, plus chase extensions to the Mandilla South target.

A couple of richer, more narrow hits from Mandilla East, including 2.8m at 6.41 g/t from 131.6m and 5.0m at 4.23 g/t from 264.7m, were recovered from a geological structure running sub-parallel to the mineralisation at Mandilla South.

Anglo Australian said the drilling to date supports the continuity of gold mineralisation at Mandilla East and demonstrates a wide mineralised belt which remains open at depth and along strike. The company’s technical team believe Mandilla East has potential for a large-scale open pit opportunity.

Not surprisingly, the first diamond drill hole put down at Mandilla South also tagged zones of gold mineralization with 16.9m at 1.39 g/t from 165.8m and 6.4m at 2.06 g/t from 197.5m coming from within the Emu Rocks porphyry granitic intrusion.

Anglo will no doubt be looking for the latest RC program to dig up some fresh dirt and solid assay numbers to match, or possibly even better those previously analysed from its early diamond drill holes.

Anglo Australian Resources Managing Director, Marc Ducler said: “The RC program which commenced in September has been substantially increased in size from 10,000m to over 27,500m of planned drilling, which reflects our confidence in the potential scale and significance of the Mandilla Gold Project.”

“Drilling will continue up until the Christmas/New Year break and will resume in early January 2021. The return of sample results from the commercial laboratories has slowed with the turnaround time drifting out to 50 days.”

“This is expected to be reduced over the December/January period, with a return to 14-21 day turnarounds expected in February as a result of additional laboratory capacity coming online.”

“In the meantime, work has commenced on a maiden JORC 2012 Mineral Resource Estimate for the Mandilla Gold Project.”

In 2006-07, Anglo Australian produced approximately 23,000 ounces of gold from ore that averaged about 7.5 g/t and was mined from two shallow open pits at Mandilla West. The company’s most recent work at the project is a classic near-mine exploration play - a strategy that has lately proven to be quite the breadwinner for a bevy of ASX explorers.

Anglo Australian is hoping to release a maiden mineral resource for Mandilla East in coming weeks.