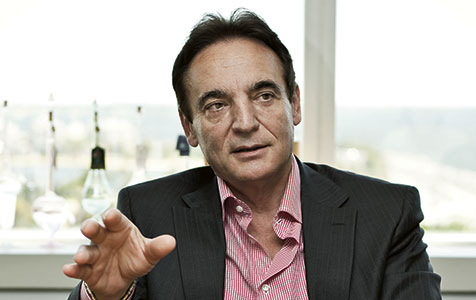 Embattled property developer Luke Saraceni’s battle with the corporate watchdog will move to the Supreme Court after his appeal to the Full Court of the Federal Court was dismissed this morning.

Mr Saraceni with the backing of litigation funder IMF has spent the best part of two years locked in legal battle with the Australian Securities and Investments Commission over its decision to grant Bankwest-appointed receivers Ferrier Hodgson permission to publicly question him even though he was in legal dispute with both Bankwest the Raine Square receivers.

These public examinations were originally scheduled for June 2011 but Mr Saraceni’s legal action has kept that action at bay.

It means he has not faced a public examination before his $200 million damages claim against Bankwest gets to court.

IMF managing director Hugh McLernon said there was an application before the Supreme Court to have the examination set aside on the basis that it was an abuse of process.

The key assets held by these three companies, including the Duckstein Brewery and Saracen Estates Winery have already been sold by Ferrier Hodgson.

“So the real question that arises is what is the purpose of this?” Mr McLernon said.

“What do the receivers need to question Luke about if their job is done?”

Ferrier Hodgson partner Martin Jones said the purpose of the public examinations was the recovery of any money for the benefit of the stakeholders in those companies.

“The primary assets have been sold but there are still assets in relation to recoveries that we are looking into, which is the purpose behind the examinations,” Mr Jones said.

“The key target for the examination is to be able to recover money for the benefit of the stakeholders of those companies.”