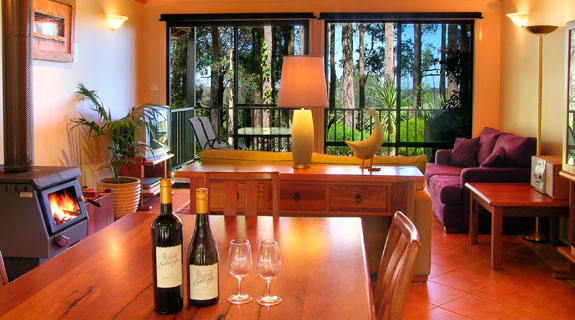 One of four luxury chalets at the Pemberton estate.

Salitage Winery in Pemberton has been sold to an unnamed local investor for $2.85 million after more than three years on the market.

The deal was brokered jointly by CBRE and VNW Independent on behalf of receivers Ferrier Hodgson.

Ferrier Hodgson was appointed in July last year to sell Salitage, which comprises a winery and vineyard with a custom-built cellar door, four luxury chalets as well as staff accommodation and a manager’s residence.

Two previous attempts to sell the property failed to stir interest, the most recent being a sales campaign by Garland International in 2014, which failed to attract a buyer at a price tag of $7.9 million, more than twice the amount achieved this week.

A 2012 sales campaign coordinated by Colliers International to sell the winery’s accommodation suites, for $1.8 million, also failed to find a buyer.

“The opportunity to acquire one of the South West’s most well-known wineries was met with strong market interest, with a number of enquiries from foreign investors looking for an opportunity to reallocate capital into Australia’s agribusiness market,” he said.

“There was also a strong level of Australian interest in the asset, with the successful buyer being a local investor from WA.”