Aspire Mining’s proposed railway line in Mongolia is firming up as the Russian and Chinese Government’s recognize the strategic value of Mongolia as a transport hub. Aspire is now evaluating a dual transportation option for its Mongolian coking coal after Russia and Mongolia signed off on a long-awaited agreement for transporting goods. Under the deal, coal exports will receive a 66% discount on the Russian rail system. 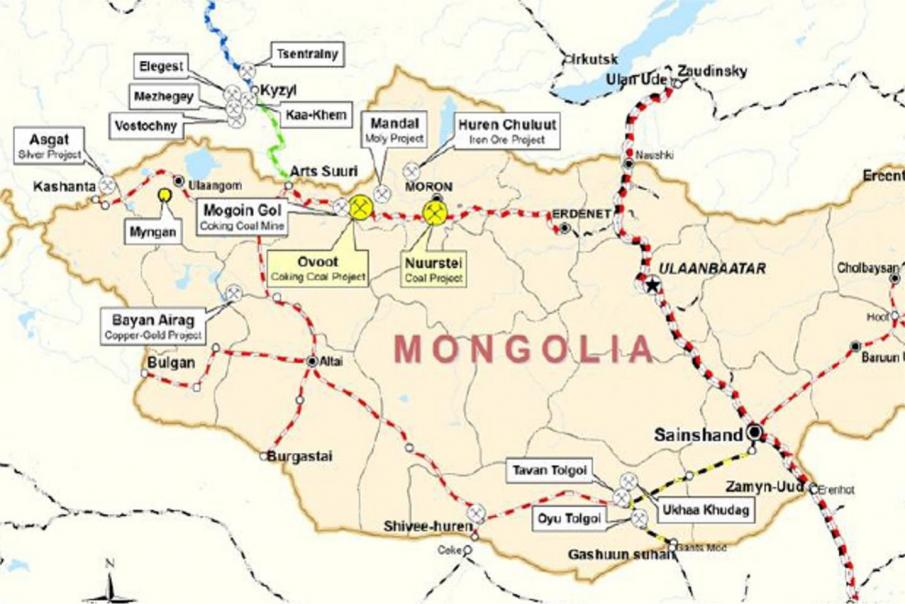 Aspire Mining’s proposed railway line that is critical for getting its giant Ovoot coking coal deposit in Mongolia to market is firming up with both the Chinese and Russian Government’s recognising the strategic value of Mongolia as a transportation hub in the region.

The company said a long-awaited intergovernmental agreement on transporting goods by rail was signed in the Mongolian capital of Ulaanbattar on the 8th June by Mongolia’s Minister for Roads and the Russian Transport Minister.

The agreement allows for Mongolian-sourced freight to enjoy a tariff discount on Russian rail transportation for its exports to, and via Russia for 25 years.

In particular, Mongolian coal exports will now receive a whopping 66.4% discount on the Russian rail system to the north of Mongolia.

The agreement is a shot in the arm for Aspire, whose high-quality coal assets are perfectly placed to take advantage of the new discounted rail transportation opportunity into Russia.

A recent feasibility study based on the construction of a rail corridor from Aspire’s Ovoot coal deposit to the rail hub town of Erdenet, 548km to the east, confirmed attractive economics that would be largely underwritten by Aspire’s project.

Whilst the initial study was based on transporting coal south into China, the recent agreement on transport between Mongolia and Russia potentially opens other options for Aspire, whereby coal could be transported via Russia into sea borne markets.

The proposed hefty tariff reductions on coal transported via rail through Russia will place the Russian option on a more even economic playing field with the proposal to transport into China to the south.

Russia is already constructing a new rail line to the town of Kyzyl, which could potentially be connected into Erdenet via Aspire’s Ovoot coal deposit..

Additionally, plans are in place to upgrade the railway from Russia, through Mongolia and into China with an initial commitment of USD$260m over the next two years on the table.

The upgrading of the north south rail line that is connected to Erdenet, is an essential part of Aspire’s grand plan to transport coal into China as it seeks to make the case for an Erdenet to Ovoot rail line to be built.

Aspire Executive Chairman David Paull said: “This Rail Cooperation Agreement has two important positive impacts for Aspire. The first is that it lowers rail transit costs through Russia to Far East Ports and potentially west to the Black Sea Ports to a point where it is competitive with transport costs to Northern Chinese customers, opening up a larger and more diverse customer base.”

“The second impact is the agreement from the Mongolian Government side to cooperate to assist Russian exports south from the Russian city of Kyzyl to connect with the Erdenet – Ovoot Railway once the Northern Corridor is completed.”

Aspire is sitting on a 255 million tonne ore reserve of premium, metallurgical coal at Ovoot, which produces a high-grade “coke”, an essential fuel and reactant in the blast furnace process for primary steelmaking.

Nuurstei holds a JORC-compliant coal resource of 12.9 million tonnes and Aspire are planning more work at the deposit during the latter half of 2018.

Mr Paull added: “These coke results demonstrate that coal from Nuurstei will be potentially sought after by Japanese and Korean steel producers as well as from Chinese steel mills where higher quality inputs into the steel industry are being sought."

On the face of it, the new spirit of cooperation between Mongolia and Russia and indirectly China, comes at a significant time for Aspire and almost by default, is  enhancing the potential viability of its coking coal project.

The market is watching too, with Aspire’s share price jumping by nearly 400% since early April, giving Aspire a current market cap of just over $58m.