Kevin Rudd has yet to convince many that he can be a leader of substance, rather than just style. 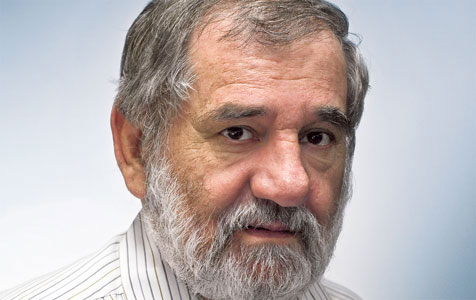 Kevin Rudd has yet to convince many that he can be a leader of substance, rather than just style.

The political landscape has shifted since Julia Gillard was dumped as prime minister on June 26, with Kevin Rudd’s retaking of the top job having put Labor in a competitive position as election 2013 approaches.

Since the Labor leadership spill, polling has shifted towards what’s essentially a 50-50 line-up between the government and the coalition, while Mr Rudd leads Tony Abbott in the ‘better prime minister’ stakes by 53-34, according to Newspoll.

This suggests Labor will probably retain power for another 36 months, even if only just and perhaps once again by minority rule.

The crucial question, therefore, is whether these numbers will hold up, or instead shift towards the coalition over coming weeks.

He toppled (by 42 votes to 41) one-time Liberal leader Malcolm Turnbull, who was fixated on transforming the Liberal Party into a branch of Rudd-led Labor.

This happened on December 1 2009, while Mr Rudd’s polling was still riding high.

But just one week short of seven months later – June 23 2010 – Mr Rudd was dispatched from the prime ministership.

Credit for Labor’s polling slump over those months belongs fairly and squarely to Mr Abbott, since he basically showed that the 30 or so months under PM Rudd had turned Australian governance into an era of ‘ineptocracy’.

That meant two leaders’ scalps – a Liberal and Labor one – to Mr Abbott.

Then came election 2010, where Mr Abbott drew with Ms Gillard, with the latter elevated into power by renegade ex-Nationals Rob Oakeshott and Tony Windsor.

Both have said they won’t recontest their seats this time around, perhaps due to fear of an electoral backlash over their failure to back an Abbott-led coalition in 2010.

Put otherwise, would they have continued in politics if they’d backed Mr Abbott, not Ms Gillard?

If yes, then they too are victims of the dogged, and so far highly successful Abbott modus operandi.

Then came Mr Abbott’s hat-trick – with Labor belatedly ousting Ms Gillard 36 months after she did the same to Mr Rudd.

So, three leaders in 43 months, with one stumping up for another bout, while Ms Gillard is departing politics, something Mr Turnbull also intended, only to renege after a chat with former Liberal leader John Howard.

Looked at thus, what election 2013, at a personal level, will essentially be about is whether a failed Labor leader, Mr Rudd, can do to Mr Abbott what was done to him, Ms Gillard and Mr Turnbull.

That’s the personal, the celebrity side.

Far more important is whether we’ll be enduring another 36 months of the man who introduced protracted ineptocracy into Australian governance, or whether he be replaced by someone who, although somewhat untried, persistently and forthrightly rejected Labor’s failed ways.

Rudd-style ineptocracy involved a range of unedifying characteristics, including an obsession with media exposure and endless spin.

It’s as though Mr Rudd never got over having appeared throughout 2006 on Channel 7’s Sunrise breakfast show.

Unfortunately, added to this is Mr Rudd’s other knack for invariably getting things wrong, particularly in terms of lives lost at sea due to his dismantling of the Howard government’s successful ‘border protection’ policies.

Is it possible to name another Australian politician, state or federal, with such a dismal record of persistent ineptitude?

On this Mr Rudd is way ahead, out there all on his own.

As put by Henry Ergas, columnist in The Australian newspaper, Mr Rudd’s record, by the time of his 2010 ousting, “was a sequence of ever more poorly judged decisions interlaced with erratic, poorly explained changes in stance”.

Mr Ergas went on: “Although no single policy could possibly capture all of Rudd’s flaws, the response to illegal boat arrivals must come close.

“It is impossible to say what, if anything, he now believes, or has ever believed, about this issue.

“Alternating between hawk and dove, he campaigned in 2007 on a tough ‘turn back the boats’ line; but once in office, he made a virtue of dismantling the Howard government’s Pacific Solution, describing it as ‘just wrong’ and inconsistent with ‘the humanity of the situation’.”

The same applies across so many other policies; from announced boosting of Australian defence, which never happened, to claiming he’d be a Howard-style economic conservative, but instead relentlessly raising a range of taxes, borrowings, spending, and national debt.

The Rudd prime ministership is, therefore, one of Jekyll and Hyde rule and suggests to anyone judging others ‘by their deeds’ that if the present 50-50 party and 53-34 Rudd-Abbott line-ups hold, what we’ll get isn’t what voters are expecting.

Expect, instead, ever more shameless ineptocracy.