Rudd not asked to ‘own’ his role

One crucial question was missing from the excellent TV documentary The Killing Season, and it goes to the heart of the matter. 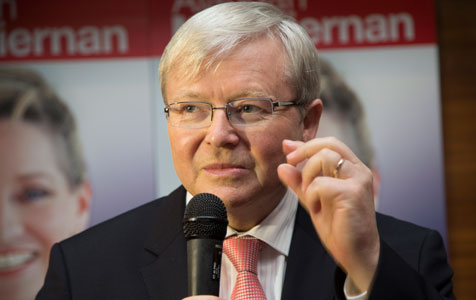 ALL ABOUT ME: Kevin Rudd wasn’t asked why he thought his party turned against him.

One crucial question was missing from the excellent TV documentary The Killing Season, and it goes to the heart of the matter.

It's becoming difficult not to contend that some of our federal politicians should lift their game, because the public is becoming increasingly disillusioned with the relentless negativity and bad behaviour.

Throughout 2014 we endured Clive Palmer’s rantings, which in one instance included a public reference to certain foreigners as ‘mongrels’.

This year we’ve see the three-part The Killing Season, with one-time allies Kevin Rudd and Julia Gillard using words like ‘assassins’ and ‘bastardry’ when referring to the other’s actions.

However while passion in politics is one thing, venomous and self-pitying behaviour is quite another.

Perhaps the series could prove instructive to undergraduates studying politics, exposing as it does how much more there is to their discipline than theory, constitutions, legality, and campaigning.

No doubt like many others I particularly valued episode three’s closing lines, uttered by former Tony Blair minister and subsequently Rudd and Gillard Government campaign adviser, Alan Milburn, who encapsulated the 70 months of political madness Australians endured from December 2007 until September 2013.

“The hard question that the Australian Labor Party has to ask itself is this: how is it possible that you win an election in November 2007, on the scale that you do, with the goodwill that you have, with the permission that you are gifted by the public, and you manage to lose all that goodwill, to trash the permission and to find yourself out of office within just six years?

“I have never seen anything quite like it in any country, anywhere, anytime in any part of the world.

“No-one can escape blame for that, in my view.”

Even so, he featured on file film and was named several times as a key player in the overthrow of both Mr Rudd and Ms Gillard.

Little wonder he sought to distance himself from Labor’s most catastrophic disaster since the great split of the 1950s.

When quizzed in Canberra the day after the third program was shown, Mr Shorten ducked and dived questions on his pivotal role in the dual assassinations, but eventually made a brief comment in his defence.

“It is not my job as Leader of the opposition to be the curator of the Museum of Labor,” he said.

“Well, we have seen The Killing Season and the debate about all of the history there and that’s what it is.

Hey, not so fast Mr Shorten.

The past invariably impinges on the present and future.

Time will tell if he told more than one porkie during Labor’s killing season.

“The battles between Tony Blair and Gordon Brown seem small beer to the fearsome infighting of Kevin Rudd, Julia Gillard and the Australian Labor Party,” he wrote.

“The Killing Season is extraordinary TV but sad to watch.

“Because ultimately it is a story of bad politics that failed because people simply could not work together in a way that made the team greater than the sum of the egos of the individuals.”

Although ABC interviewer and narrator, Sarah Ferguson, has deservedly attracted praise for her handling of both roles, the one quibble I have was her failure to ask Mr Rudd the penultimate question.

Everyone knows he’s the first prime minister to be ousted in a first term.

And one didn’t need to be Copernicus to have deduced that the historic ousting of the complex Mr Rudd involved complicated machinations, confidential phone calls, and clandestine meetings, as so well revealed by Ms Ferguson.

But why didn’t she ask Mr Rudd what it was about him, most especially his behaviour, from December 2007 to June 2010, which led Labor’s caucus to chop him without even taking a vote?

Anthony Albanese is the only one I know of who hadn’t concurred with the move.

Every caucus member knew the day before the removal an unprecedented step was to be taken.

Why then had so many front and backbenchers concurred that the man who’d been marketed as Kevin 07 was not up to being prime minister of Australia because he was simply too difficult to get along with?

After nearly four hours of, at times quite gripping TV, Mr Rudd wasn’t called upon to fully and truthfully explain the reasons that led to his ousting.

And yet Mr Rudd never had to come clean over his brattish behaviour and role in trashing two Labor governments. 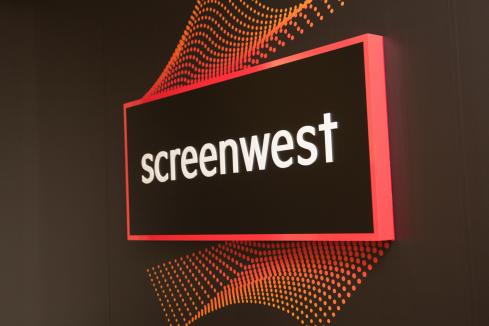