Royal grades for Kingwest near Menzies

Kingwest Resources’ First Hit prospect has broken its own solid gold records, smashing out three metres with an incredible five ounces to the tonne gold that also includes a smaller two metre zone going 237.5 grams per tonne - over 7.5 ounces of gold to the tonne. Another stellar result was 5m grading 13.1g/t from 32m - an important result confirming the presence of the Stirling lode that sits above Lady Shenton.

Kingwest CEO, Ed Turner said: “We were expecting something exceptional if we drilled enough holes in the right areas and 3m @ 158.4 g/t Au is hard to beat, and it is within one of our high- grade Exploration Targets that we announced only last month.”…”Historically, the underground workings at the First Hit Gold Deposit collectively produced 164,138 ounces of gold at an extraordinary 32.5 g/t gold.”

Only four RC holes at First Hit were drilled during the current round of drilling and they are the first to be targeted underneath the historical underground workings. King West is now planning on getting a rig back out to First Hit as soon as it can.

In other notable moves, Kingwest has offloaded some of its lower priority tenements around Leonora to Darlot Mining Pty Ltd, a wholly owned subsidiary of Red 5 Limited for a sum total of $400k which will most likely find a home at the end of a drill rod at the Menzies project

If grade is King, then Menzies is starting to look like royalty for the aptly named Kingwest.

Substantial shareholders as published in the annual report.
END_OF_DOCUMENT_TOKEN_TO_BE_REPLACED
Powered by Morningstar ® 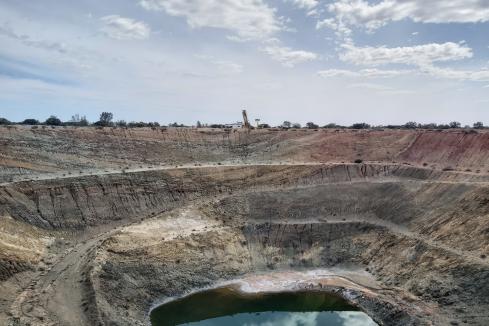 3.5 ounces to the tonne for Kingwest near Menzies