Rox Resources and Venus Metals have delivered high-grade drilling intersections from several regional and near-mine prospects at their emerging Youanmi gold project in the Murchison region of WA. The companies generated intercepts of 2m @ 23.67g/t gold from 76m and 4m @ 6.57g/t from 64m at the Commonwealth prospect and also discovered 8m @ 4.17g/t gold from 96m at Youanmi South. 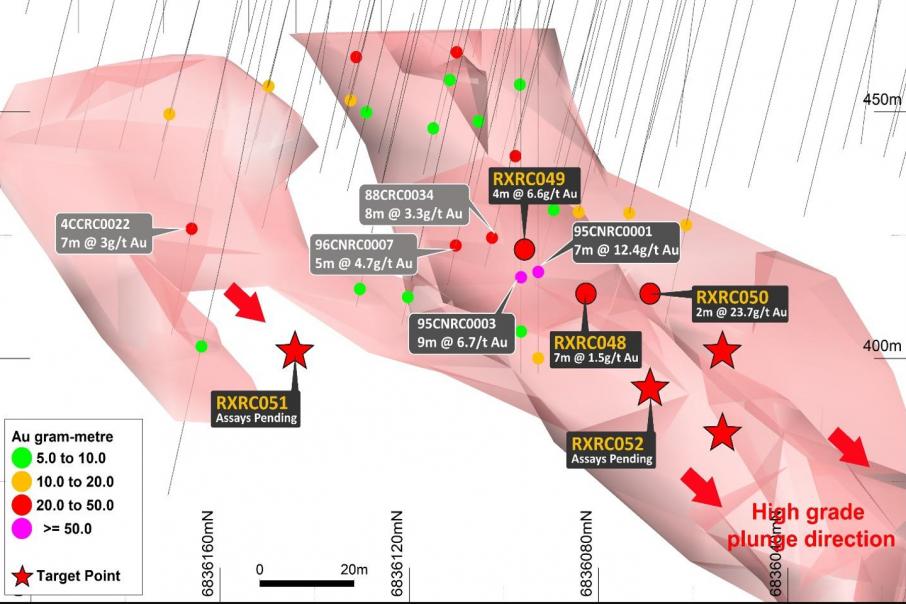 Rox Resources and Venus Metals have gotten off to a flying start with their initial drilling program at the Youanmi gold project in WA, returning high-grade results at various prospects within or close to a prospective shear zone.

At Youanmi South, the companies discovered a new patch of gold mineralisation, unearthing 4 metres grading 8.17g/t gold from 96m down-hole, which effectively opens up that area for further exploratory drilling.

About 4km to the northwest, the Commonwealth prospect delivered 2m @ 23.67g/t gold from 76m down-hole and 4m @ 6.57g/t gold from 64m in separate drill holes, potentially opening up mineralisation down-plunge to the southeast.

Assay results are pending for other holes at Commonwealth and additional drilling is planned.

Neither Youanmi South or Commonwealth were ever developed into mines historically, despite gold mineralisation occurring relatively close to the surface.

The companies also zeroed in on extensions to near-mine mineralisation at the United North open pit, intersecting 5m @ 5.59g/t gold from 81m down-hole, including a metre grading just under an ounce to the tonne from the same depth.

Rox and Venus have now completed about half of the proposed 14,000-metre program across the Youanmi project and the reverse circulation drilling campaign will continue throughout September and into next month.

According to management, this is the first major, systematic exploration program completed in the district since 1997.

The area is structurally complex and hence, the companies believe that there may be potential repeats of mineralisation along the shear zone that appears to control the gold occurrences at Youanmi.

Rox Managing Director Alex Passmore said: “We are very pleased with these initial results from Rox’s maiden drilling program at the Youanmi gold project. The high-grade results from the Youanmi South prospect were a very positive surprise.”

“This prospect is interpreted to be a new zone of mineralisation at the southern end of the Youanmi granite which opens up a large new area for exploration. Drilling at Commonwealth prospect (a previously untested historical gold occurrence) has started to delineate a high-grade plunging shoot which is open to along strike and down-plunge to the south”.

The companies had previously outlined that the high-grade Commonwealth prospect and locations adjacent to existing open pits were their key areas for growth at Youanmi, with extensions to those prospects not previously mined when gold was selling for AUD$400 per ounce in the late 1990s.

It also contains a mothballed 600,000 tonne per annum gold processing facility that will need a little work before it is humming again.

This week’s drilling results indicate that there is still significant gold hiding around the underexplored Youanmi project, with more chapters to be added to the story in the upcoming period.