Youanmi Gold Project joint venture partners, Rox Resources and Venus Metals, have hit the ball out of the park with their latest RC drilling results, returning some stunning, near-surface hits – including 5 metres at an amazing 4 ounces to the tonne gold from surface, 1m at an extraordinary 591.89g/t gold from just 3m and 0.5m at a whopping 1058.49g/t , all in the same bonanza hole. 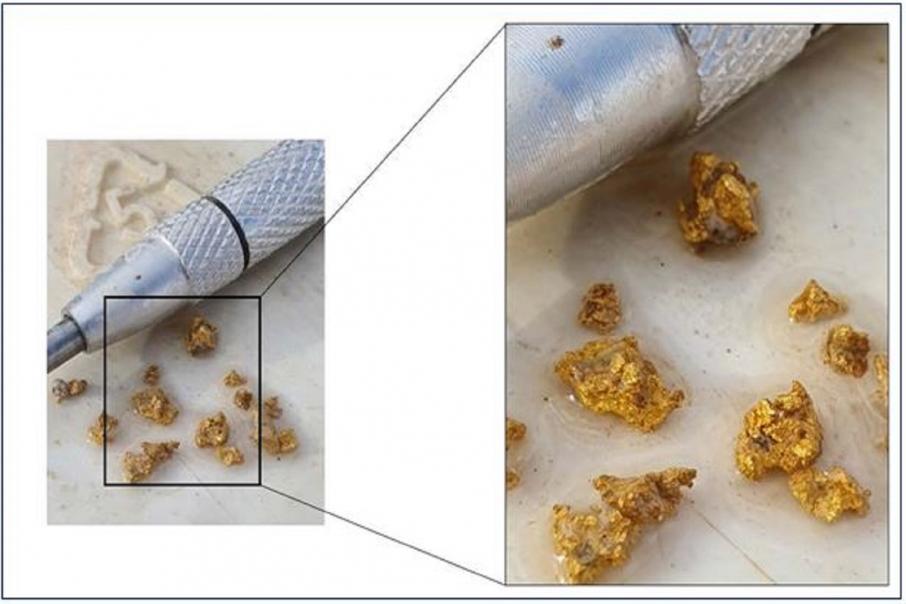 Youanmi gold project joint venture partners, Rox Resources and Venus Metals, have hit the ball out of the park with their latest RC drilling results, returning some stunning, near-surface intercepts – including 5 metres at an amazing 4 ounces to the tonne gold, right from surface, 1m at an extraordinary 591.89g/t gold from just 3m and 0.5m at a whopping 1058.49g/t, also from 3m.

Whilst the above assays came from the same hole and were determined using an unusually high cut off grade of 100g/t gold, other intersections with a lower cut off grade of 0.5g/t gold – such as 2.5m at 3.11g/t gold from 1.5m and 1m at 2.21g/t from 2m – have also given the partners plenty of food for thought as they prepare follow-up drilling at their JV project that just got interesting.

Rox and Venus drilled 20 RC holes to test a laterite gold target south of the Youanmi plant and they are now confident this lateritic zone has an average grade of around 1.5g/t gold and a thickness of about 2m over an area covering 280m by 100m.

The bonanza high grade hole, which contains plentiful visible gold in its RC chips, is at the northern end of this zone, with the area to its north yet to be tested, potentially adding some more excitement.

According to the JV partners, these weathered RC chips contain tiny, 2-3 millimetre nuggets that are intergrown with translucent quartz, suggesting the host rock is strongly altered granite with abundant quartz veining. This could potentially mean that the gold is from a primary source rather than the shallower supergene material.

Rox/Venus are also encouraged by the fact that historical mine records indicate free-milling gold mineralisation is present within the Youanmi granites to the east of the main lode shear zone and away from the granite-greenstone contact.

Of particular interest is a gold lode developed in the footwall to the main lode near the end of the old main pit.

Whilst production figures were not recorded at the time, the grade is reputed to have averaged over 60g/t from near surface.

In addition to planning a series of holes to test both down dip of the bonanza hole and to the north-north-west along strike, Rox and Venus are also looking to dig a series of costeans across the interpreted mineralised strike to assist in further geological mapping and provide channel samples for assaying.

Rox Managing Director Alex Passmore said: "We are very pleased to report these high-grade results and look forward to reporting further results from drill testing down dip and to the north of this position.”