Rox Resources and its JV partner, Venus Minerals have hit over two ounces to the tonne gold with one new drill intercept at Youanmi’s Grace prospect. The assays just in include one hole that returned 4m at 69.5 g/t gold from 28m. The JV partners also reported solid gold hits from the December 2019 drill program that tested targets to the north and south of the old Youanmi gold mine. 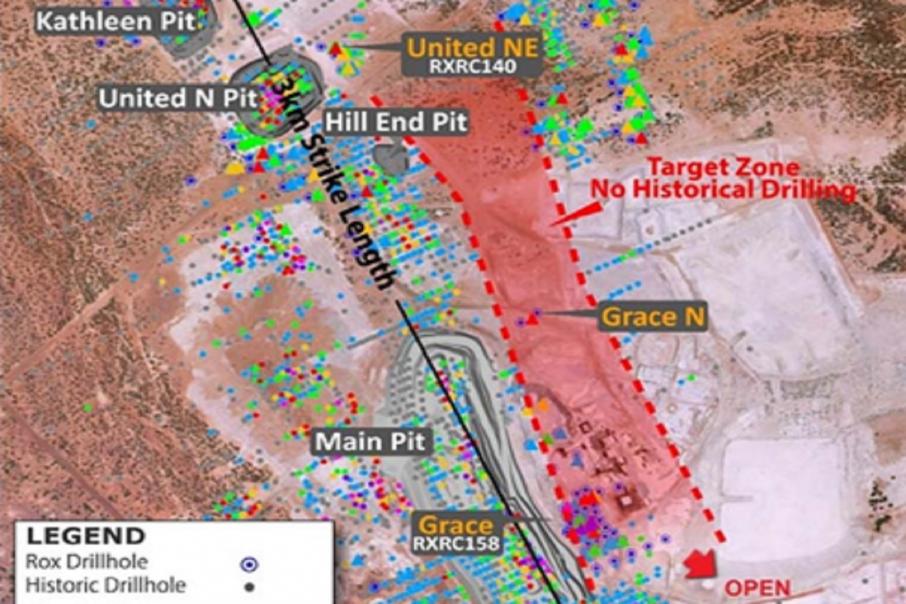 Rox Resources and its JV partner, Venus Metals are currently ploughing the metres into its Grace prospect next to the old Youanmi gold mine and delivering some impressive early results.  One outstanding result was a 4m intercept that graded 69.5g/t gold from a relatively shallow 28m, including 2m at a serious 137.75g/t gold.

The company said it is continuing to see strong results from Grace and this latest reported intercept has confirmed the up-dip presence of a central gold-bearing lode at that prospect.  Rox recently engaged a second RC drilling rig to continue its activities at Grace and is awaiting further assay numbers now.

Rox also tested some conceptual targets to the north and south of Youanmi during its December 2019 program with a number of encouraging new zones of mineralisation encountered.  One drill hole to the east of the United North pit returned 24m at 1.5g/t gold from 56m and another drill intercept at Youanmi South hit 4m grading 7.4g/t gold from 60m.

Importantly, management said that these results are interpreted to be close to true width and continue to define a series of moderate, west-dipping, high-grade quartz hosted gold lodes in granite that are adjacent to the historic Youanmi mine.

Rox Resources Managing Director, Alex Passmore said: “We are very pleased with the initial results from the Grace Prospect drill out. Several parallel lodes within shear zones (in granite) are being delineated. These extend from surface to around 60m vertical depth so far and remain open along strike and down dip.”

Rox and JV partner Venus look to be delivering in spades on their plans to drill up multiple gold lodes along a 3km strike section at Youanmi that already contains five existing pits and four adjacent prospects.  With three of the four prospects already returning gold intersections, things are looking good for the ASX-listed JV partners at Youanmi.