Rox Resources has completed due diligence of an expansive drilling database from the Youanmi gold project in the Murchison region of WA and confirmed a 1.2 million ounce gold mineral resource estimate for the mine area. The company last week entered into a deal with Venus Metals under which it has the right to acquire a majority position in the Youanmi gold mine. 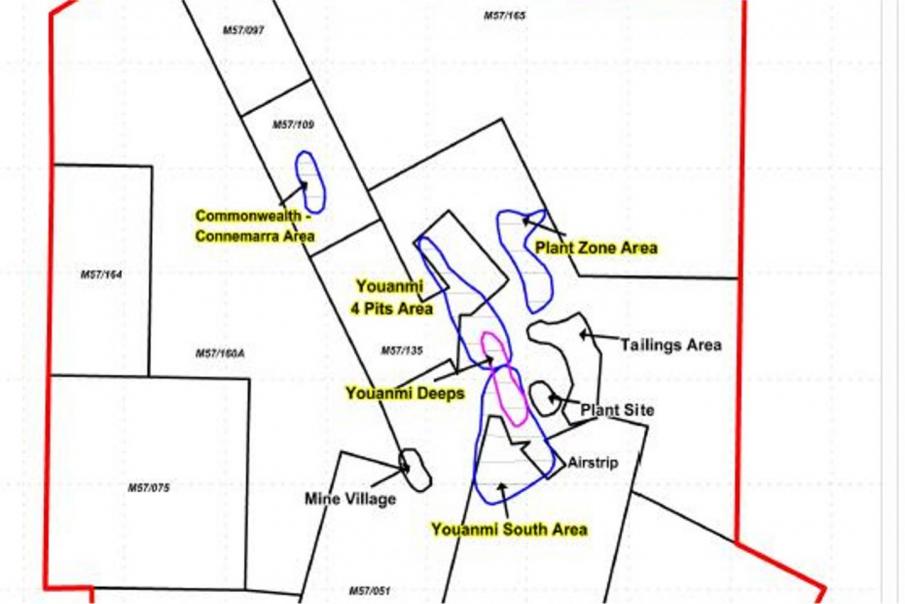 The list of targets is impressive, with Rox saying that besides the partly mined gold deposits at Youanmi, it had delineated the Commonwealth-Connemara Area, the Plant Zone, the Paleochannel Zone and surface laterite resources adjacent to the Main Pit, as undeveloped oxide resources with potential for future growth.

The company reviewed an extensive drill hole database that contained about 550 kilometres worth of drilling intersections built up over a long period, with little significant work having occurred since about 2001.

Last week, Rox said that it had entered into a deal with Venus Metals under which it has the right to acquire a majority position in the Youanmi gold mine and take on the management and ownership of that operation.

Rox plans to carry out an aggressive near-mine exploration and pre-development program at Youanmi, once the transaction is completed later this quarter.

It appears that the cashed-up company will have no shortage of targets at the project, whose initial fortunes lie within proving up a critical mass of oxide resources to justify turning the gold processing plant back on.

The Youanmi operation plays host to a 600,000 tonne per annum CIP gold processing facility but will require a few bucks spent on it before humming back to life.

Youanmi is located 480km northeast of Perth in the Murchison region of WA and was shut down in the mid-1990s, due to depressed prevailing gold prices of between $400 and $450 per ounce.

The mine recorded a historical production of 667,000 ounces of gold, grading a very respectable 5.42 g/t gold from open pit and underground mining operations.

Earlier this week Rox and Venus also jointly revealed that they had stitched up the Currans Find gold prospect just 5km north of Spectrum’s emerging high-grade Penny West gold deposit and hence the JV partners are putting together an enviable package of prospective tenements in the Youanmi district.

Rox will acquire its initial 50% interest in the Youanmi gold mine by paying $2.8m in cash, issuing Venus with $200,000 worth of Rox shares priced at 0.8 cents each and spending at least $2m in exploration over the next two years.

At any point up until June 2021, Rox may increase its stake in the mine to 70% by paying $3m in cash and shares to Venus.

The company’s foray into the Youanmi gold mine and surrounding regional exploration tenements appear to be a natural fit for its new gold focus, outlined following the appointment of ex-Patersons Head of Research Alex Passmore as its CEO earlier this year.

The proposed transaction appears to be a solid win-win for both Rox and Venus, with the former looking to bring the operation more swiftly back into gold production.

With Rox now confident and satisfied with the Youanmi drilling data and mineral resource inventory presented to it by Venus, it will be all hands to the wheel as Rox prepares to start drilling out the significant opportunities that melted out of its due diligence review of the project.