Rox Resources has hit the ground running at its Mt Fisher gold project near Wiluna, WA, with encouraging new assay results returned from drilling at the Dam, Dirks and Damsel South prospects. The company believes that the potential for uncovering large gold zones at the project is high despite deep weathering that obscures the basement rocks and geological structures, which has resulted in sparse drilling below the oxidised profile. 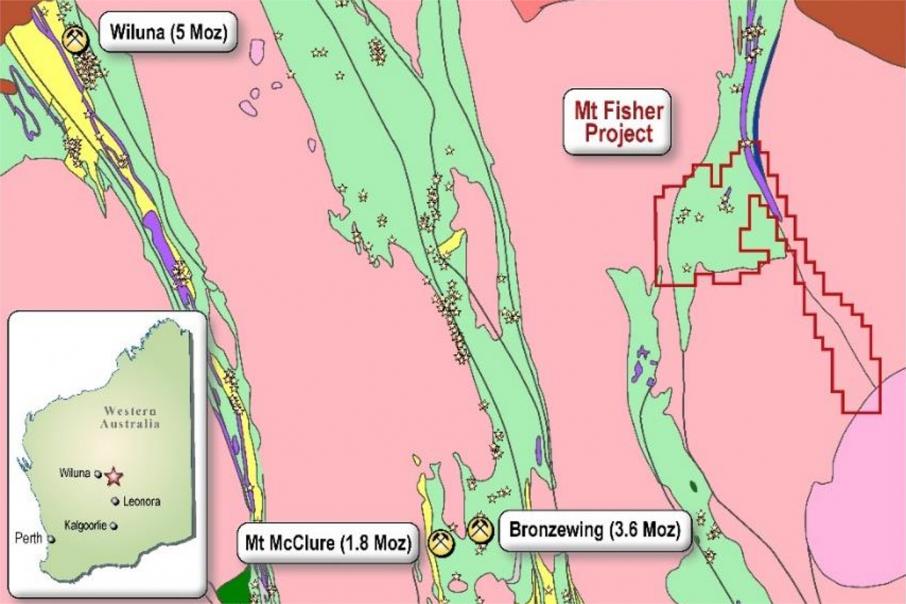 The company identified a thick zone of shallow gold mineralisation along the western edge of the Dam prospect, which recorded results of 16 metres grading 1.74g/t gold from 56m down-hole and a separate drill hole that produced 4m @ 1.56g/t gold from 36m and 4m @ 2.93g/t gold from 52m.

Rox said that gold mineralisation at Dam, which has been defined to about 60m from the surface and remains open at depth, is still also open to the west and the south.

Based on those results, the company extended its drilling at Dam to test the continuity of mineralisation, with those assay results currently pending.

Dam has a large and coherent surface geochemical anomaly extending over 1km of strike, which Rox says has the potential to host a significant-sized gold deposit.

Previous aircore drilling by Rox at Dirks had identified a 1km long continuous gold trend striking almost north-south and this week’s RC drilling results have confirmed mineralisation to about 100m from the surface in the deeply weathered region.

The company believes that the potential for uncovering large gold zones at the Mt Fisher project is high, however, weathering obscures the basement rocks and geological structures and consequently, drilling below the oxidised profile is presently sparse.

Rox also completed drilling at the Damsel South prospect, which is located centrally between Dam and Dirks.

Assay results from this prospect were particularly promising, with most holes intersecting gold mineralisation and peaking at 4m @ 1.72g/t gold from 88m down-hole.

These results lie in a south-easterly trending structural corridor away from the existing mineral resource at Damsel, that clocks in at 767,000 tonnes grading 2.32g/t gold for 57,000 ounces.

Based on the recent Damsel South results, there might well be more gold deposits lurking in this neck of the woods at Mt Fisher.

Rox has gotten off to a blinder in this unloved north-eastern corner of the Yilgarn Craton, which is known to host both gold and nickel mineralisation.

According to the company, the Mt Fisher gold mineralisation is of a typical greenstone-hosted style, with the rock type, geological structures and rock weathering being the primary controls on the distribution of economic gold occurrences.

Rox added that assay results from the latest round of drilling completed across the project area had increased confidence in and the continuity of, gold mineralisation at its Dam, Dirks and Damsel South prospects.