Rox Resources has signed a binding term sheet to earn up to a 75% interest in Cullen Resources’ Mt Eureka tenements that host extensions of the company’s existing Fisher East nickel deposits. Rox can earn a 51% stake in Mt Eureka by spending $1m on exploration within three years and the remaining 24% by spending an additional $1m on exploration over a further three-year period. 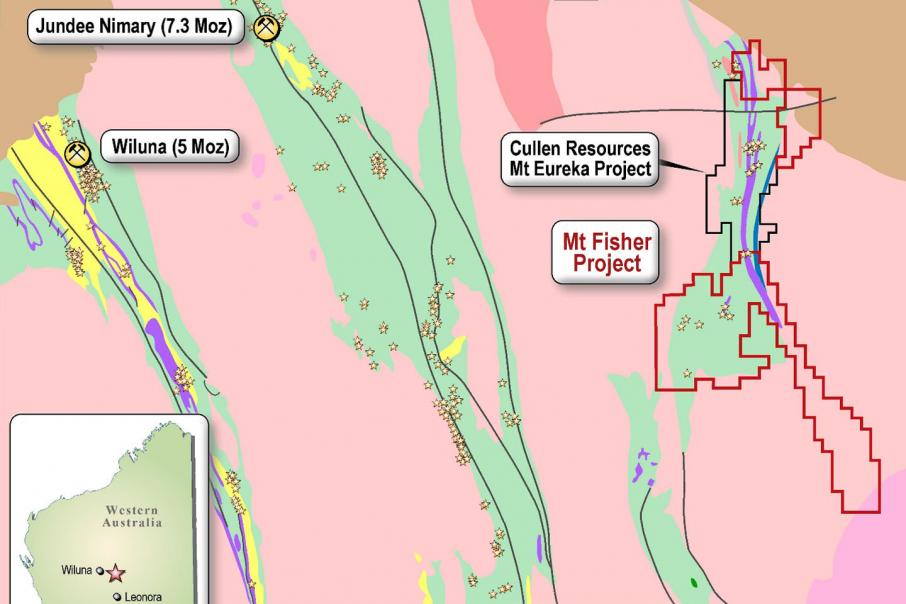 Rox Resources is enlarging its nickel footprint in the northern Goldfields region of Western Australia by signing a binding term sheet to earn up to a 75% interest in Cullen Resources’ Mt Eureka tenements that host strike extensions of Rox’s Fisher East nickel deposits.

Under the agreement, Rox can earn a 51% interest in Mt Eureka by spending $1 million on exploration within a three-year period from the satisfaction of certain conditions.

It can then earn an additional 24% interest in the tenements by spending a further $1 million on exploration over the next three-year period.

Rox will also pay Cullen $40,000 on the satisfaction of at least one of the conditions.

Should Rox reach the full 75% interest, Cullen will then be free-carried until the completion of a pre-feasibility study.

Those deposits occur along an ultramafic flow basal contact that extends into Cullen’s Mt Eureka tenements to the north.

Initial exploration will focus on the eastern end of the Mt Eureka belt as most of the significant mineralisation discovered at Fisher East has been located east of the Silverbark BIF/chert metasedimentary horizon that runs along the eastern margin of the belt.

This survey will also assist in identifying areas of thermal erosion in the BIF, which are key targeting features for prospective nickel-rich lenses within the nearby ultramafic units.

The company will then drill aircore holes along the target horizon to identify basement-hosted nickel and delineate areas of elevated platinum group elements that could be an indicator of basement nickel mineralisation.

Reverse circulation and diamond drilling targeting nickel sulphide mineralisation will also be carried out across the target horizon.

Additionally, a modest amount of gold exploration has been carried out at the Mt Eureka tenements with the Galway prospect being the most advanced.

Previous drilling at Galway returned top results of 5 metres grading 12.4 grams per tonne gold and 10m @ 4.7g/t gold, further adding to the intrigue of the project.

Rox Managing Director Alex Passmore said: “We are very pleased to be entering into this agreement with Cullen Resources at a time when the nickel market is strengthening.”

“The Fisher East nickel project discovered by Rox is one of the most substantial nickel finds in recent times, and with this acquisition, we aim to build on the substantial mineral resources already identified.”

Nickel prices have risen 30% since the beginning of July to the current price of USD$15,943 per tonne due to increasing demand running headlong into a supply deficit.

The metal is crucial for both the stainless steel and burgeoning lithium-ion battery sectors.