Row for Rio over rock shelter

A Pilbara Aboriginal group is calling for changes to heritage regulations after an archeologically significant rock shelter was impacted by a detonation on a mine site about seven years after operator Rio Tinto was given approval for the move.

The rock shelter in the Juukan Gorge.

A Pilbara Aboriginal group is calling for changes to heritage regulations after an archeologically significant rock shelter was destroyed by a mine site detonation last weekend, about seven years after operator Rio Tinto was given approval for the move.

Two rock shelters were believed to have been destroyed on Sunday by a scheduled blast at the Rio Tinto iron ore mine west of Tom Price.

Blasting and mining of the location in the Juukan Gorge, including the shelter, was approved by a ministerial decision under Section 18 of the Aboriginal Heritage Act in 2013.

A 2014 archaeological dig found a number of notable objects, including a 28,000-year-old animal bone sharpened into a pointed tool.

Scarp Archeology proprietor Michael Slack told Business News the site was very significant because of the antiquity of occupation.

“It’s one of the earliest sites of occupation in Western Australia,” Dr Slack said.

It is unclear what steps local traditional owner representatives Puutu Kunti Kurrama Land Committee took after the excavation to negotiate with Rio Tinto.

That was until May 15, when the Puutu Kunti Kurrama people were informed that the blasting activities were going ahead and that explosive charges had already been laid.

At that point, the site was deemed irretrievable because the charges could not be safely removed.

Puutu Kunti Kurrama Land Committee chair John Ashburton said the site was one of the most significant research sites in Australia.

“This is one of the earliest, if not the earliest, sites in the upland Pilbara and is part of a rich landscape of places in the area that have not been studied in depth,” he said.

“There are less than a handful of known Aboriginal sites in Australia that are as old as this one and we know from archaeological studies that it is one of the earliest occupied locations not only on the western Hamersley Plateau, but also in the Pilbara and nationally.

“Its importance cannot be underestimated.”

Mr Ashburton said he was concerned the regulatory system had been inflexible, and there was no mechanism to take action once a Section 18 approval was granted.

“We recognise that Rio Tinto has complied with its legal obligations, but we are gravely concerned at the inflexibility of the regulatory system which does not recognise the importance of such significant archaeological discoveries within the Juukan Gorge once the minister has given consent,” he said.

“We are now working with Rio Tinto to safeguard the remaining rock shelters in the Juukan Gorge and ensure open communication between all stakeholders.”

Business News understands Rio had made its intention to mine the area clear as early as 2013.

The materials found in the excavation are understood to have been moved to a safe location before the blast.

A spokesperson for Rio said the company had been working with the Puutu Kunti Kurrama and Pinikura people for the past 17 years.

“In 2013, ministerial consent was granted to allow Rio Tinto to conduct activity at the Brockman 4 mine that would impact Juukan 1 and Juukan 2 rock shelters,” the spokesperson said.

“This process included archaeological and ethnographic fieldwork to identify places of significance, as well as funding an extensive salvage management program in 2014 that collected cultural materials from the rock shelters.

“Rio Tinto and the PKKP people formally entered into a native title agreement in 2011, following a long-standing relationship with the PKKP people spanning more than three decades.

“Rio Tinto has worked constructively together with the PKKP People on a range of heritage matters under the agreement and has, where practicable, modified its operations to avoid heritage impacts and to protect places of cultural significance to the group.”

Mines and Petroleum Minister Bill Johnston said he was not aware of the blast occurring until it happened.

A representative of the Puutu Kunti Kurrama people has been contacted for comment.

“Prior to today’s release from PKKP Aboriginal Corporation, I wasn’t made aware of the blast or Native Title holder concerns about the site," he said.

"These changes will deliver better outcomes in land use proposals for stakeholders, industry and the wider community.” 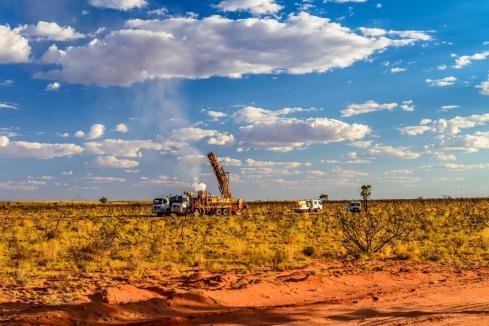 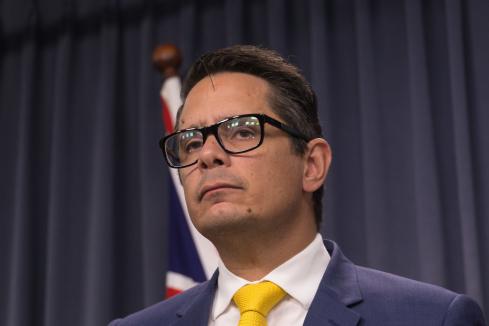