A recent meeting in Perth featured heavy hitters from defence, politics and industry. 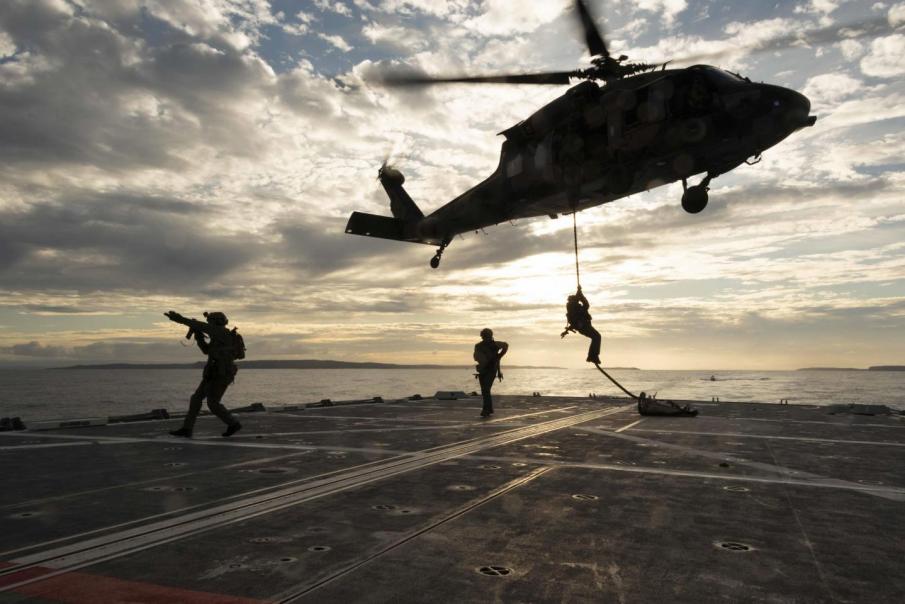 There are signs that Western Australia is becoming increasingly important to the Australian Army.

This belief is driven by the perspective of WA’s position relative to the Indian Ocean and potential approaches from the north. In that context, it is easy to see that WA in under-represented and underutilied in defending Australia.

With this in mind, the topic of force posture has gained additional prominence within defence circles. Force posture simply refers to where the force capabilities are located. Force posture was reviewed in the 1980s, and again in 2011 under then defence minister Stephen Smith, foreshadowing the conversations that are gaining importance today.

The increasing importance and urgency of this topic has come about, in large part, because conventional wisdom about the warnings of war is considered obsolete.

Analysts previously believed there was a 10-year warning to conflict. It is clear in multiple recent discussions and think tanks that faith in the conventional 10-year warning has evaporated.

This places pressure on force posture, not to mention procurement policy and innovation pathways, for businesses into defence.

Force posture comes with certain costs and logistical challenges. Establishing or expanding defence bases is not just about the relocation of equipment and construction activity at tremendous expense; it’s also about communities.

Our ADF personnel have families who are likely to want or need jobs, schools, lifestyle and other factors that are both predictable and entirely understandable. A former political leader once mentioned to me that this community aspect was the key limiting factor in force posture review.

Further complicating the force posture debate is the allocation of funding. Each of the army, navy and air force has a limited budget to work within, and each is committed to maximising impact, to do more things, in more places, more of the time.

This requires savings, efficiencies and innovations, something that ADF is showing increased desire to achieve through a willingness to engage with defence industry and other market sectors. The type of funding required for genuine force posture change does not reside within their control and requires policy changes and whole-of-government commitment over many years.

Our military leaders are, however, still seeking to address the strategic importance of WA and the north-west coast through the consideration of force projection, rather than force posture.

Within those limited budgets, they are asking themselves if and how force can be projected from strategic locations around the nation. This is less about fixed and permanent bases and more about the logistical challenges of moving capability as and when required, efficiently and effectively.

Force projection and the concept of pre-positioning is advocated by some in defence circles as a critical aspect of military strategy: a powerful deterrent in the avoidance of conflict.

Pre-positioning is not just limited to Australia and brings into increasing view the importance of our strategic relationships with nearby nations, such as Indonesia.

In recent weeks, the Chief of Army, Lieutenant General Richard Burr conducted the Chief of Army Senior Advisory Committee (CASAC) in Perth for the first time. The CASAC brings together the chief of army, and the major generals, and it’s a credit to 13th Brigade commander Brigadier Brett Chaloner and state government agency Defence West for orchestrating the visit.

The visit of CASAC highlights the importance of WA for the army now and in the future and provides an opportunity to illustrate what WA has to offer in defence industry, academia, innovation, and other industries where world-class capabilities exist.

The presence of WA Defence Industry Minister Paul Papalia during the CASAC meetings also highlighted the importance of the army to WA.

This CASAC visit also activates the collaborative WA defence ecosystem in addressing how it can play a role in some of the challenges faced by the army: policy changes, funding, force posture or projection, identifying innovation or efficiencies. Local actors have a contribution to make.

The potential impact of this contribution is an enhanced army and ADF presence in WA, meeting Australia’s strategic requirements. With this comes opportunities for industry and communities, particularly in the north-west.

The impact of the deterrence amidst rising tensions and a departure from conventional warnings of war, and the opportunity for industry, make the concept of funding force projection from WA a discussion of significant importance to Australia’s future.