Rods are turning for Terrain at Red Mulga

Terrain Minerals has commenced drilling up to 10 holes targeting cobalt, nickel, chromium, copper and gold mineralisation at the Red Mulga project near Kalbarri, Western Australia. If successful, the drill campaign will be followed up by physical airborne and/or detailed ground electromagnetic surveys to better map out the targets. Red Mulga is considered prospective for the highly sought after Cobalt. 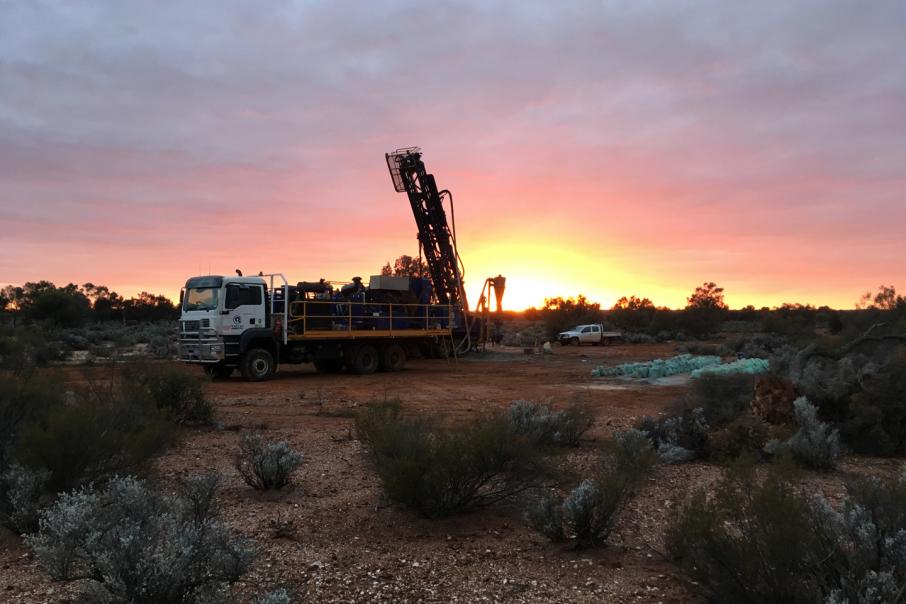 ASX listed Terrain Minerals has kicked off its much anticipated maiden drill program at the Red Mulga project about 100km east of Kalbarri in Western Australia.

The Stage 1 program of 5-10 holes for 1,200 metres will be carried out over five targets that are prospective for cobalt, nickel, chromium, copper and gold mineralisation.

Should drilling be successful, the company will undertake physical airborne and/or detailed ground electromagnetic surveys to further delineate the targets before carrying out a second stage drill program.

The MG1 and MG2 anomalies are pipe-like ultramafic intrusions about 200 metres in diameter located in the southwest of the project.

Both intrusions contain what are considered to be anomalous cobalt, nickel and chrome geochemical results. Highly weathered remnants of the original ultramafic rocks outcrop near the centre of one of the intrusions.

The Thumbo target is an east-west trending epithermal vein of 0.5m to 2m width which extends for over 2km through the central part of the project.

A 300m section of this vein has been shown to contain elevated gold, silver, copper and lead geochemistry.

A northeast trending epithermal vein swarm has also been identified in the northeast of the project area with some of the larger veins containing anomalous antimony of up to 228 parts per million with minor silver traces over 0.5 grams per tonne.

Red Mulga was identified by Terrain from a high-level, open file review of geophysical data in a region of the Yilgarn Craton where no drilling and only limited exploration was previously carried out.

Red Mulga appears to contain plenty of mineralised traces however, with cobalt fetching tens of thousands of dollars a tonne right now, this highly sought after mineral represents the blue sky potential at the project.

Terrain shareholders will no doubt be watching closely over coming weeks as terrain puts its mineral theories to the test.