Rods are turning again for Classic at Forrestania

After raising nearly $1M recently, Classic Minerals has hit the gas on a decent-sized RC drilling program at its Forrestania gold project near Southern Cross having spent the last few months evaluating previous results that saw it book a sizeable resource increase.

Classic said the rig will visit the Van Uden West, Matrix and Tangerine Trees prospects, all of which the company says are begging for additional attention.

With a serious looking historical intercept at Van Uden West of 12 metres grading 5.75 grams per tonne gold from 59m, that prospect looks like it may be harbouring more solid numbers that should be teased out by the drill rig.

Classic has only put two shallow holes into this prospect and has not yet managed to follow them up.

Classic’s CEO, Dean Goodwin said: “Over the past 12 months we have been concentrating all our efforts at Kat Gap, which won’t be slowing down, but we also need to start looking at some of our high priority regional targets in the hunt for higher grade gold resources in the Forrestania area.”

“All of the drill programs undertaken at FGP by Classic have yielded high grade gold hits. There is no doubt in my mind that this is a major gold camp containing significant undiscovered resources and we are on the right path to discover and delineate these ore bodies.”

According to the company, the Van Uden West prospect may be similar in nature to the shallow, high-grade ore system at Kat Gap, with both deposits located next to regional granite-greenstone contacts.

Classic said that Van Uden West was a “blind” discovery and located beneath about 15m of transported sands and clays. A Blind discovery is one where there are no tell-tale historical workings and no anomalous surface sampling.

Classic is theorising that the historical wide-spaced vertical air core drilling at Van Uden West may have clipped the top of a more extensive gold zone and which makes this round of drilling particularly exciting.

A high level scoping study in 2017 suggested that the project looked economically robust at the time - and that was before most of the heavy lifting and exploration had taken place – not to mention the rise and rise of the gold price since then.

The company recently pegged a mining lease across Kat Gap and ran some initial numbers around getting into early production in order to support its application.

Classic is now in the midst of development studies that are running in parallel with the exploration program.

Substantial shareholders as published in the annual report.
END_OF_DOCUMENT_TOKEN_TO_BE_REPLACED
Powered by Morningstar ®
Next Articles 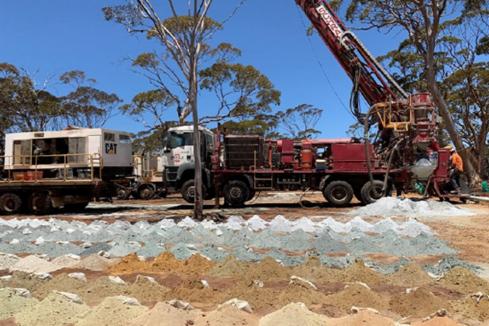 Oil up more than 3% ahead of OPEC+ meeting