Rods are spinning for Anglo near Kalgoorlie

Anglo Australian Resources has started an extensive drilling campaign that is aimed at fast-tracking development of its Feysville gold project, located 14km southeast of Kalgoorlie. The campaign includes infill drilling on the higher-grade core of the Think Big deposit and will also test shallow high-grade supergene gold mineralisation at the Saintly prospect and evaluate the potential for economic gold mineralisation at the Hyperno prospect. 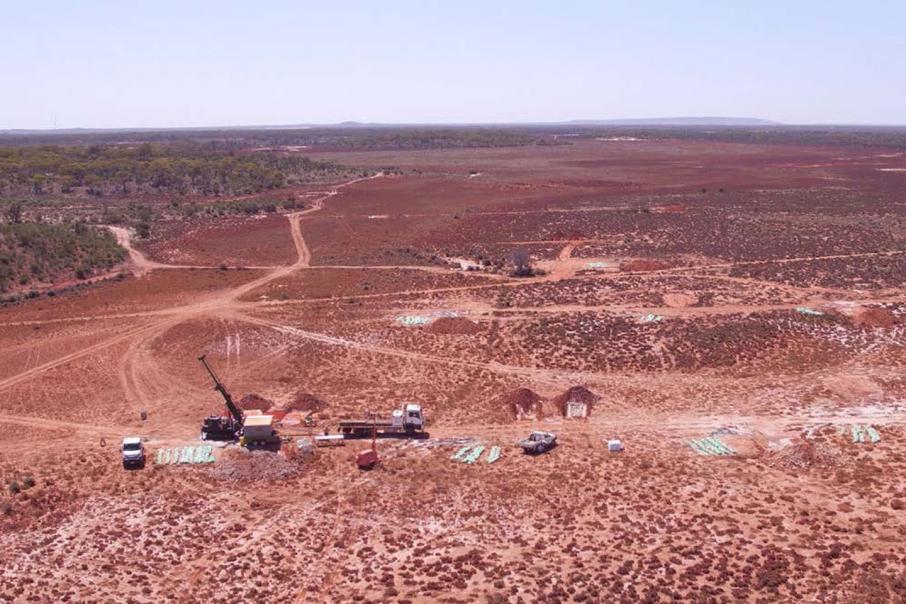 Anglo Australian Resources has put its drilling activities into high gear as it seeks to fast track development of its Feysville gold project, located just 14km southeast of Kalgoorlie, WA.

The first of two rigs, which has a larger capacity, will initially carry out a 14-hole drilling program totalling 1260 metres to infill and extend shallow high-grade supergene gold mineralisation along strike from two previous holes at the Saintly prospect.

Both of the previous holes intersected significant mineralisation of 21 metres grading 2.47 grams per tonne gold from 20 metres down-hole and 3m @ 47.55g/t gold from 19m.

Drilling at Saintly is expected to aid with defining a mineral resource at the prospect, which could be a shallow mining target in any future Feysville mine development.

The rig will then move onto the Think Big deposit where it will drill 14 holes for 1430m to test for mineralised extensions, with a focus on areas with near-surface supergene potential.

These holes will then be followed by a 26-hole infill drilling program on the higher-grade core of Think Big to facilitate open pit optimisation work during subsequent feasibility studies and to calculate an initial ore reserve.

Anglo Australian previously noted that discussions are ongoing with mill owners and contractors and that it was planning to commence mining Think Big in 2019.

Meanwhile, the second rig has started drilling six holes at the Hyperno prospect to evaluate the potential for economic gold mineralisation in this previously untested segment of the Ethereal shear zone.

A previous hole at Hyperno intersected 13m @ 1.05g/t gold from 25m down-hole near the shear zone.

The rig will then move to the Mandilla gold project, 20km southwest of Kambalda in WA, where it will test for bedrock mineralisation.

Last year, the company defined a supergene oxide gold zone over more than 2.5km of strike and up to 250m width via shallow aircore drilling at Mandilla.

This zone is directly along strike from the East Mandilla resource and associated paleochannel deposits that collectively hold 61,000 ounces of gold.

Gold mineralisation at Mandilla is related to extensional quartz vein arrays that have visible gold and potentially shear-hosted lodes in the Emu Rocks granite.

Notably, Anglo produced about 23,000 ounces of gold from one such palaeochannel at Mandilla during 2006 and 2007.

Anglo Australian has a busy year ahead in 2019 with significant drilling to be carried out over its projects in the Goldfields and Kimberley regions.

Cash flow could be achieved in the short term if drilling at Think Big allows the company to define a mineral resource and ore reserve that underpins its potential development.