Rob Cole has resigned as managing director of Adelaide-based Beach Energy, after taking leave to attend to family matters in Perth. His resignation comes just six months after commencing with Beach. 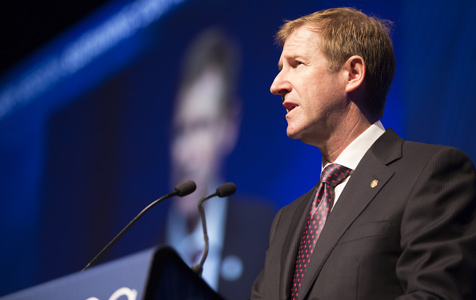 Rob Cole has resigned as managing director of Adelaide-based Beach Energy, after taking leave to attend to family matters in Perth.

The first hint of problems came last month, when Beach said Mr Cole was taking leave to attend to family matters in Perth.

“As a result of those matters, Mr Cole has decided it is not possible to return to a full time executive role with Beach in Adelaide,” the company announced today.

“He has accordingly resigned.”

Mr Cole will remain with Beach until October 14 to allow for an orderly transition.

Beach did not elaborate on Mr Cole’s family circumstances.

Before joining Beach, Mr Cole spent nine years rising through the ranks at Woodside Petroleum, to the point where he was the company’s second most senior executive under managing director Peter Coleman.

Prior to that he worked for 20 years as a corporate lawyer, including as Perth managing partner at Mallesons Stephen Jaques (now King & Wood Mallesons).

He moved from Canberra to Perth in the 1980s and later married former corporate lawyer Angela Kennedy.